A government partnership with an American video game maker has burnt the New Zealand taxpayer. 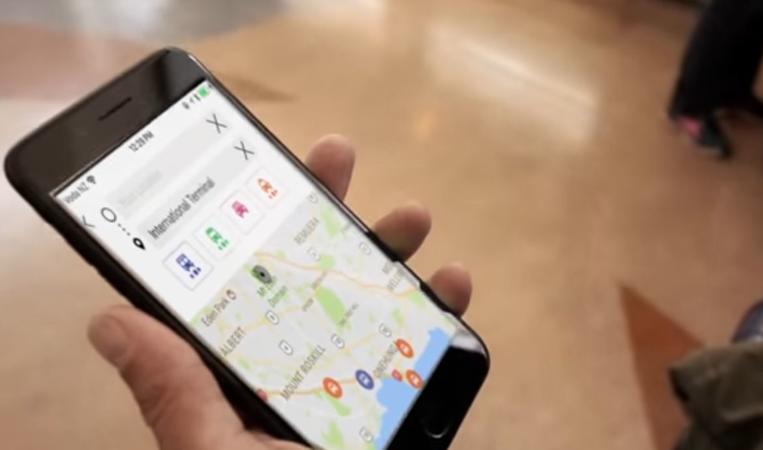 The RideMate app, which is now no longer available, was meant to make it easier to find buses, taxies and shuttles in Auckland. Photo: Supplied / NZTA

The Transport Agency has sunk public money into a partnership with Silicon Valley company Machine Zone, that talked up its vision of autonomous programmes called bots running the whole transportation system at first, then the entire country.

The agency's trials using Machine Zone's data-processing platform, Satori, were labelled a "revolution" by the transport minister at the time, Simon Bridges.

Machine Zone - till then known principally for its Game of War phone app - doubled down in a 2018 YouTube video about Satori.

"New Zealand is one of the first countries in the world that is transforming into a smart country with Satori," the video said.

"We're creating one data channel for the entire nation."

"We're not building bots to order pizzas, we're building bots to run countries," he said, describing how tracking devices all over New Zealand would ultimately feed data about every single bus, the health care system, power grid, the police and so on, into the Satori platform, which any developer, anywhere, could tap for free, to make apps.

But first, "he promised the New Zealand authorities he could build a command center to make its transport system much more efficient," the report entitled 'What if a bot could run a country?' said.

These claims did not make it into media statements or reports in New Zealand.

The Transport Agency said Satori was a "stateless computer" that didn't store data, so was super-fast.

However, the partnership faltered and failed after trials of just two transportation apps, Choice and RideMate, that were meant to make it easier to find buses, taxies and shuttles in Queenstown and Auckland.

A Queenstown user of Choice, who did not want to be named, told RNZ it clearly was not ready when it was launched in August 2017 so he gave up on it.

Among the few user reviews RNZ found for Choice, was a 5-star one from the project leader's mother, a US woman, though she had not yet visited New Zealand. The project leader, who no longer works for NZTA, declined to talk to RNZ.

NZTA has so far not told RNZ if it endorsed Machine Zone's grand vision.

This vision was at odds with the reality on the ground in Queenstown.

Emails newly released under the OIA show that just before the launch, a key address function in Choice for a taxi company partner was not working.

"I'm a bit concerned," said a manager. "It's a week until launch and you're discussing dropping a main provider unless they change something for us, last minute."

By July last year, the project manager for Choice was expressing alarm.

"I want to document some concerns I have with Satori," she wrote. "[Satori's staffer] is operating completely alone. He has no team, office and is not even currently being paid.

"He is struggling to even get basic responses/comms from anyone from Machine Zone. He has 'no certainty if [he'll] even have access to the systems tomorrow as he could be removed at any time because he's technically not an employee'.

"[xxxx] has been given the red light on our work and told not to complete anything."

By then in the US, company founder Gabe Leydon had left Machine Zone, and Silicon valley commentators were saying Satori had been a misstep shrouded in uncertainty.

"All of the functionality of the Machine Zone platform - including the bot - was switched off at the conclusion of the trials in September 2018," it said in a statement to RNZ.

The Queenstown app has been reported as costing $770,000. RNZ is still waiting for the agency to clarify the extent of all the contractors' fees.

The Queenstown app was partly developed in Belarus.

The lead contractor for Satori was Roman Smolgovsky, a Belarusian who as late as January this year was still working for NZTA giving advice on buying new technology at its Connected Journeys unit, despite the problems with Satori.

Mr Smolgovsky, who RNZ has tried to contact, according to his LinkedIn is currently back working at Machine Zone in Palo Alto.

A Protected Disclosure investigation of contracts involving Connected Journeys director Martin McMullan said there was no competitive tender run for the Satori work, but that the procurement did follow government sourcing rules.

Simon Bridges' office has not responded to RNZ's request for comment.

A recent review by Deloitte concluded the agency's Connected Journeys unit made bad choices of technology that would have ongoing costs for the country.

"The issues relating to the management, governance and activities of the CJS group have been clearly identified through the Deloitte review. The CJS Group has been dis-established and its functions are now being managed within the NZ Transport Agency's Operations Group, including work on the second stage of the Mobility Operating System (MobilityOS) programme.

"You will be well aware that the agency's previous work in this area has been put under the microscope by the Deloitte review of CJS. That also means is that our plans for Stage 2 have been reviewed very thoroughly in light of the Deloitte review's recommendations.

"The current programme of work is being scrutinised very carefully, with strong oversight, strong management and strong governance."

Stage two was in early stages, aimed to finish in 2021, involving the development of a real-time data platform which sounds similar to what MZ said it was providing.

"This will involve collecting data from a wide range of sources - including our network of CCTV cameras, sensors built into the roads (like those at traffic lights or in our Wellington Smart Motorway) and from commercial vehicle weigh stations, and we're also gathering trip data from passenger service providers like taxi companies and bus companies. This real-time data platform will be used to significantly improve the quality and the accuracy of the real-time travel-time information, which New Zealanders use every day," NZTA said.

"We're aiming to provide better, more accurate and more reliable travel information directly to the public through tools like our on-line journey planner, and also by making the information available to councils and to private companies to use in their own applications.