Fifteen victims of human trafficking who gave evidence in court are waiting to find out their fate - four years on from the court case which they fear put them in jeopardy of revenge attacks. 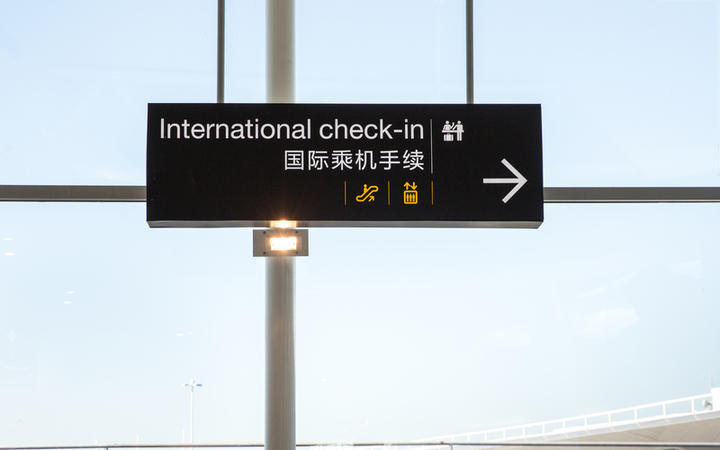 They were called to give evidence in the trafficking case, but Immigration New Zealand (INZ) later questioned their credibility and rejected their applications for residence as trafficking victims, without an interview.

The 15, all from India, are on a special category of work visa for people who have been trafficked, and last year successfully appealed INZ's rejection of the residence applications.

Their lawyer now says they have interviews with INZ scheduled for next month and October to reconsider their residence visas.

They were recruited in India 10 years ago, each paying between $20,000 and $40,000 for what they believed was a two-year visa to work in vineyards.

Many had mortgaged family land or borrowed from relatives.

Instead, they got a seven-month visa. Shortly after arriving, their employer Mana Corporation stopped operating.

The Immigration & Protection Tribunal, which heard their residence appeal, heard they were told to sign documents telling a false story of asylum, which failed.

Some returned to India and others remained on visas or overstayed.

After Immigration approached them to give evidence at the trial of three men, they said they began to receive threats, and INZ agreed to bring forward their flights to New Zealand as a result.

Some of the 15 gave evidence at a High Court trial, which found Jaswinder Singh Sangha and Kulwant Singh guilty of knowingly supplying false and misleading information to a refugee status officer.

It also found Sangha and Satnam Singh not guilty of arranging the entry of persons into New Zealand by deception.

Sangha was fined $2500 and Kulwant Singh was sentenced to a term of two years and one month imprisonment.

The 15 victims applied under the Special Residence Category (Victims of People Trafficking) in July 2016, with a police letter recording they had certified them as victims of people trafficking.

Many told the appeals tribunal the situation had taken a toll on them and their families.

One man said the threats by the unnamed community leader in India against the men's families there had caused his father to suffer a heart attack.

A 52-year-old man said he did not feel it was safe to return to India, even for his brother's funeral or to visit his elderly mother. He detailed the threats that had been made to his wife and said INZ had helped bring her and their children to New Zealand because of the threats of revenge.

A 33-year-old man said his father had passed away shortly after his refugee claim was declined, and the family believed his death was caused by the stress of his son's situation.

The tribunal sent their cases back to INZ for reconsideration, with criticism of how their cases were handled.

It said the men should have been interviewed, but instead were told an interview was not necessary as the details of threats were "limited" and "extremely vague" and that it could not be satisfied that the information was credible, or that false and misleading information had not been submitted in earlier applications.

The tribunal said that was not a fair characterisation of their evidence, as many victims had identified particular people, details of the threats and the reasons for their family's fears.

It heard some of the men had specifically said they needed help to put forward their cases, and asked for an interview with an interpreter, which would have also given INZ an opportunity to test their claims.

INZ also misinterpreted the criteria whether the people trafficking had caused them financial hardship, instead concluding they 'would be no worse off than 90 per cent of the Indian population'.

The tribunal heard from a 30-year-old father-of-two who gave evidence at the trial and emailed an audio file to INZ, which he claimed was a recording of one man threatening his wife.

"Immigration New Zealand responded that it was not able to understand the recording and he needed to provide a translation if he wished to submit it as evidence," said the tribunal in its decision last year.

The wife of a 44-year-old father-of-two said she also recorded threats during a visit from the same man.

INZ argued during the hearing that the tribunal could not consider whether it had breached fairness and natural justice requirements.

The tribunal ruled it could. "The fairness requirements of instructions are heightened in cases such as this one where the applicant is making an application on the basis of being a victim of people trafficking," it said.

It heard the men's lawyers could not access the files related to the court cases and when they did, last year, they were heavily redacted.

INZ itself did not consult the files in making its decisions.

"Victims of people trafficking are recognised by the international community as being particularly vulnerable [and if INZ was going to] raise character issues ... it would have to conduct a careful assessment of the extent of the appellant's culpability in these matters.

"Such an assessment would have to consider that the appellant has been certified as a victim of people trafficking by the New Zealand Police and that Immigration New Zealand has relied on his claims regarding his lack of culpability in these matters during the High Court proceedings."

INZ was ordered to have an officer who had received specialist training in people trafficking instructions reconsider the applications, with access to the files that led to the court proceedings.

INZ said as the decisions were still under consideration, it was unable to comment.

In total, 47 people have been granted work visas as victims of people trafficking since 2016 - the other 32 cases are people from Bangladesh, Fiji and Samoa.