Aucklanders are being asked again to conserve water, after a record dry start to the year and no good outlook for the rest of it. 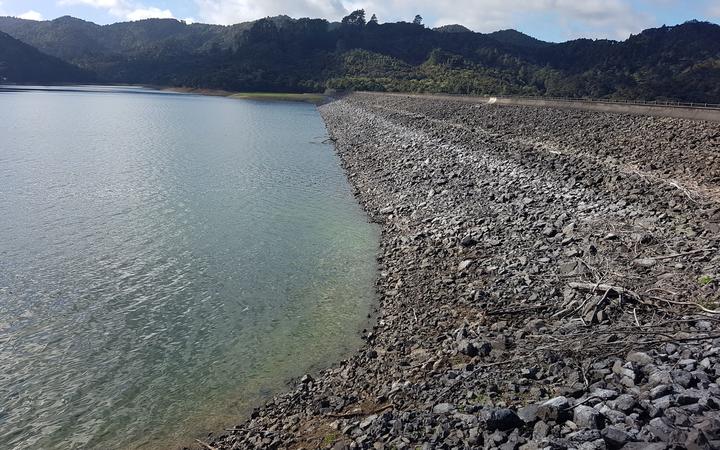 The water level at the Mangatawhiri Dam in the Hunua Ranges is significantly lower. Photo: RNZ / Jordan Bond

The city has never had less rain through the first seven months of a year, as far as records go back to the 1950s.

The message: be mindful when you turn on the tap because it's not endless.

The city's a few billion litres short, and Auckland Mayor Phil Goff is asking everyone to chip in.

"Just little things: turn the water off when you're brushing your teeth - it actually makes a big difference. Take a couple of minutes off your shower if you can, that saves a lot of water. Just little things that don't really inconvenience people greatly can save literally millions of litres of water."

If everyone shaved one minute off their shower, the city would save 18 million litres a day.

Most of Auckland's water - about 60 percent - comes from four dams in the Hunua Ranges. They're only about two-thirds full at the moment, when they're usually closer to 90 percent. 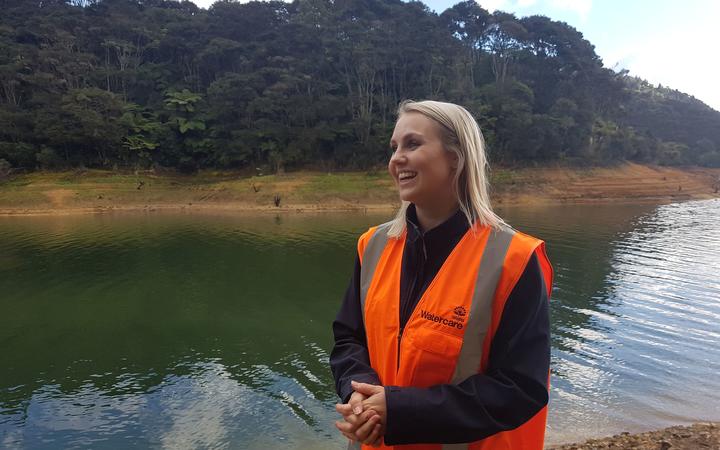 Council controlled organisation Watercare was hoping for some big downpours to fill them up, but even July was much drier than normal.

"Although you may feel like we've had a lot of rain, if you actually think about the type of rain we've been receiving it's just been a lot of high-intensity showers, but not that long week or five days of continuous rainfall we'd expect to recharge," Watercare hydrologist Florence Mills said.

Ms Mills said August was not expected to be particularly wet, and then it's spring and summer - both of which are expected to be either drier than normal or normal.

Watercare have been asking people to conserve water over the last couple of months, and they're happy usage dropped about 2.5 percent in July. 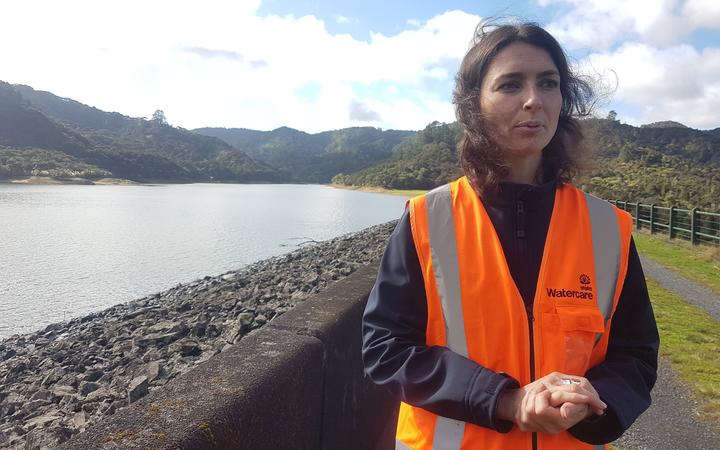 Watercare head of water value Roseline Klein said conservation measures could be in place for a while, so it was best to start cutting out unnecessary use now.

"We're expecting to start the summer with lower levels than usual, that's why it's important Aucklanders come on board and conserve water if they can," Ms Klein said.

"It's not a crisis, but if long-term water-wise behaviours can be put in place now it will make summer a lot easier for all of us."

She has encouraged people to make long-term, sustainable changes to how they use water.

Resilience of supply might become more of an issue as climate change is expected to cause longer dry periods, and heavier downpours.

Ms Klein said they had noticed the weather was becoming more extreme, and there was no normal any more.

"We know we won't get normal rainfall anymore. In the last 10 years here we haven't had a normal year," she said.

"We've had hot and dry or hot and wet, but there's nothing that's been close to the historical average. We know rainfall distribution is changing and we're adapting to that with our climate change strategy."

About 27 percent of our water is used in showers, followed by washing machines at 23 percent, then the toilet and taps at 18 and 14 percent.