A central North Island iwi says it is shocked and disappointed the Geographic Board didn't consult them when it changed the spelling of Ohakune. 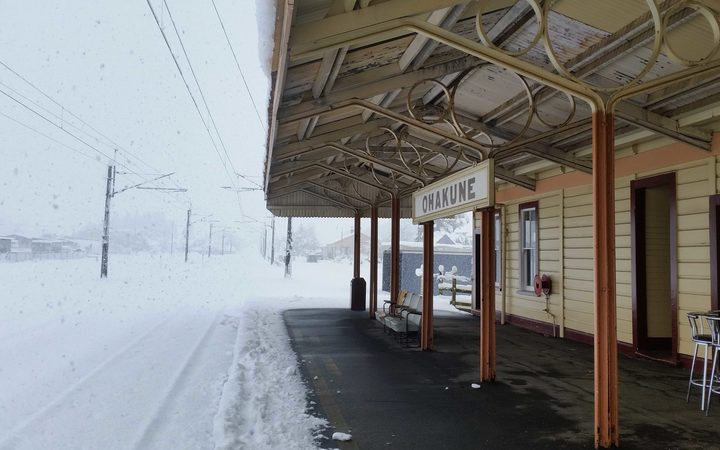 According to Ngāti Rangi history, the name comes from the phrase "e oha, ka oha, he Ohakune ki te ao."

Ngāti Rangi chair Che Wilson said this history passed down for generations was referenced in the opening tauparapara or incantation in the 75th jubilee booklet for the Ohakune Borough Council.

"The root word is Oha, [but] the New Zealand Geographic Board chose not to consult, they then chose to create their own meaning of the word.

"Ohakune for us is an opening into the new world. It's a transition as you descend from the mountain down into the little valley and open swamps that used to be here - that is what Ohakune means, an opening or entering into a new world."

Ngāti Rangi said NZGB failed to consult them when putting a macron or tohutō on the 'o' of Ohakune.

"While the record has since been corrected, the NZGB need to change their arbitrary processes whereby they are not required to consult with the people that their decisions actually affect. It's not good enough and they should know better." Mr Wilson said.

He said he found out about the mistake when the NZGB announced the different words had been corrected by putting their macrons on them.

"It's really sad because about 18 months ago we were the first iwi ever to have a meeting with NZGB solely for the Ngāti Rangi name changes in our Treaty settlement. [After] all the research and kōrero that we have got we put up a big list of name changes and they didn't think to come and connect with us to ask us about one of our main towns in our area."

He said although they had made the changes and were apologetic about the mistake it highlighted a larger issue about their consultation processes.

The NZGB said Ohakune was one of 824 place names that it made official in June this year.

Chair Anselm Haanen said the intention was to reflect public expectation that they were written correctly.

Mr Haanen said, as a result, the NZGB removed the name from the list of official place names on 31 July 2019.