Petone residents are hopeful a planned water-bottling operation can be stopped before it even gets off the ground. 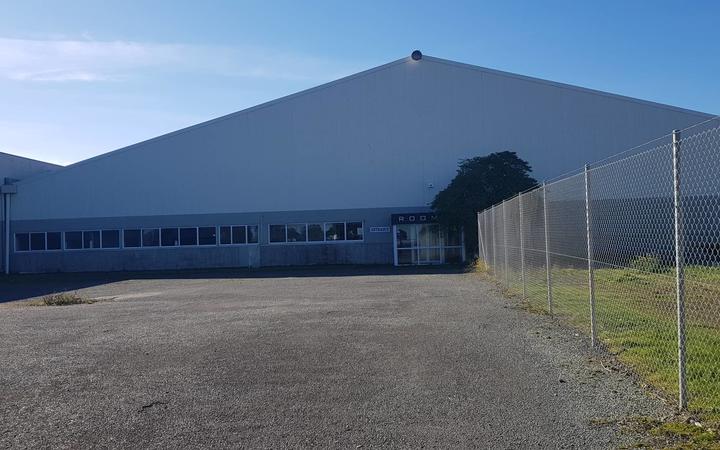 The site where the water-bottling application is being proposed, in Hautonga Street Petone. Photo: Photo / Emma Hatton

There are two existing consents to draw almost 950 million litres a year from the Lower Hutt groundwater zone and a new consent is being considered to draw another 432 million.

The Waiwhetu aquifer sits under the city of Lower Hutt and supplies the Wellington region with 40 percent of its water.

Moer than 86 percent of the aquifer's water is allocated with current water-bottling consents making up 2.6 percent.

If the current consent is approved it will take that allocation to 3.8 percent.

"That's still - off the top of my head - 7000 to 8000 people's drinking water per day and if the population's still growing we're going to be put under more and more water stress so it all counts, it all adds up.

"Particularly when we as residents are put under water restrictions."

Mr van Lier said sea-level rise and an increase in droughts due to climate change as well as population growth were all very good reasons to take a conservative approach when it came to water extraction.

"So already in the summer time we hit above the short-term sustainable yield, we push the maximum yield that can really be allowed and that short-term is the key bit in that, the more you draw on it the more likely that things can go wrong with the entire system."

He said a very real risk of running supplies too low was salt water contaminating the aquifer.

"You hit two percent saltwater in an aquifer and that's unusable for 18 months to two years... and what do we do when 40 percent of our region's water is unavailable to us? Do we buy back the stuff that we've been selling off?"

A director for the company that has lodged the consent, 20-24 Hautonga Street Limited, declined to comment when contacted by RNZ.

Petone community board chairperson Pam Hanna said there should be a moratorium on all water-bottling consents until the certainty of the region's water supply became clearer.

She said residents were proud of the clean aquifer water and would be horrified to think it could be sucked up and sold offshore.

"We want full public consultation on all proposed consents... it's become the norm not to have public notification or even partial notification.

"However, I think a case could be made for the effects of this being likely to be far more than minor, which is the standard that things have to meet to be notified.

"Regional Council should see this as a more than minor proposal and therefore put it out for public consultation."

The application asks for a 30-year consent, something that Mr van Lier both say was far too long, given the unpredictable effects of climate change and the uncertainty around water sustainability.

"Thirty years is a very long time under uncertain but not very good climate change scenarios. So if they're going to go forward with this, seeing something in the [consent] like 'if rainfall falls beneath a certain level after five years or the average drought length is increasing etc' then we can revisit this and scrap it if need be.

"As well as more public consultation, they really need to get the public's input into this because it's a very unpopular thing to sell off our water... we could be shooting ourselves in the foot."

On its website the Regional Council said the application must be lodged alongside a report detailing potential effects on the environment and if approved, it would come with conditions - including the maximum amount to be taken - and how this should be monitored.