Locals are furious a consent granted six years ago to bottle water in Upper Hutt went unnoticed because the Wellington Regional Council refused to publicly notify it.

The site at Refreshment Place in Upper Hutt sits out of view from the main road. Previously, the site hosted the Coca-Cola bottling plant. Photo: 123RF

The consent, granted to Heretaunga Water Ltd in 2013, allows up to 180 million litres of water to be drawn from the ground each year for the purposes of water bottling.

The site at Refreshment Place in Upper Hutt sits out of view from the main road. Only if you drive down the small cul-de-sac do you see the processing plant and tanks behind an electric fence.

The 2012 consent application states the Tauranga-based company's intention to take water for the purposes of bottling.

A later email in 2016 from one of the company's directors Jeffrey Colby to the council confirmed it planned to begin a "long and expensive development" selling water to the international market.

Upper Hutt city councillor Angela McLeod said locals should have had a say.

"The community is very clear that they're not happy about this. Very, very clear. I did my own poll [on Facebook] and it was 95 percent saying that they didn't want water being bottled here and sold off overseas.

At the time the iwi's spokesperson, Teri Puketapu, who was notified because of an agreement between the iwi and council, asked for the application to go out for public consultation.

This was because the company had asked to take more water per second than what was permitted in the council's freshwater plan.

The council decided this was not necessary and the approval went ahead, largely under the radar.

Ms McLeod said that was not acceptable.

"For a start I think that that's a slight on the mana of the iwi, but also because public notification should be given for such a thing as taking water out of our groundwater zone." 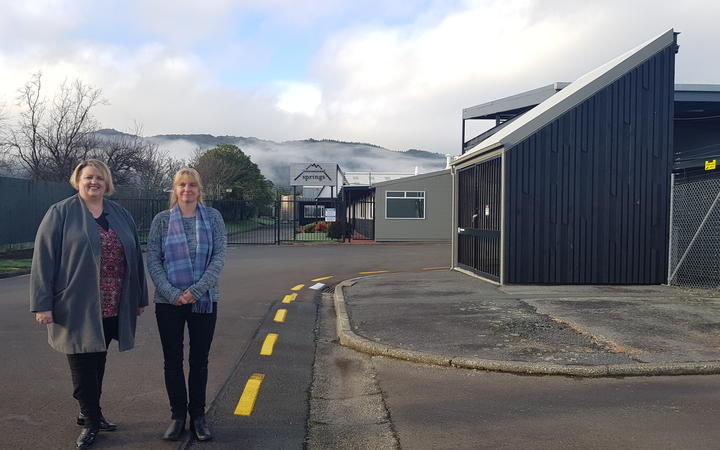 Although the consent was granted in February 2013, extraction has only happened once - for about a month in November 2016 - however local resident Tracey Ultra noticed the roof of the plant being worked on recently and after making some inquiries learned what was going on.

She has since started a petition, which has gathered more than 5000 signatures, calling on the council to revoke the consent.

She said water in the Hutt Valley was vulnerable and more care needed to be taken.

"We already have very low river flows and toxic algae in the summer and if there is more water taken from the aquifer, then there'll be less coming up from the springs from the aquifer to feed the river during long dry spells. If we upset that balance then we don't know what will happen."

Regional councillor Paul Swain, who represents Upper Hutt, said despite the opposition the consent was legal, did not need to be publicly notified, and there were no grounds to review or revoke it.

Mr Swain, who is part of a working group looking at water quality and quantity in Wellington, said the rules around which extraction consents were given needed to be tightened.

"We mess with our water supply at our peril, and in my view if we're going to be taking water from something like an aquifer we need to be pretty clear that we know what the impact of that is going to be on the environment.

"And this is what the real question is now, do we know sufficient enough about this and will we regret it in the future?" 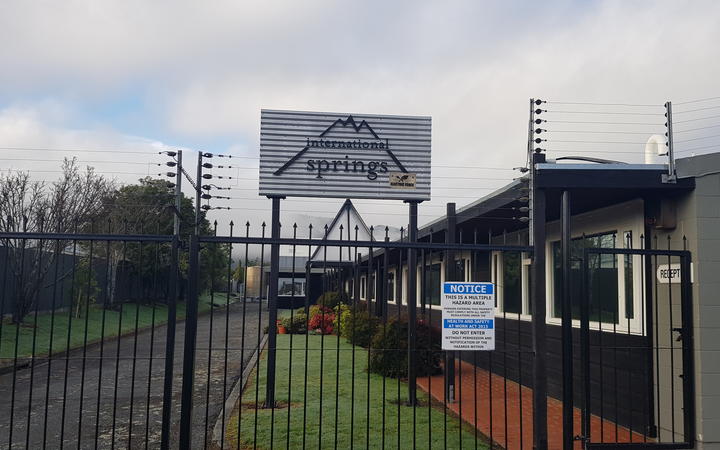 He said the consent was issued at a time when people were not as concerned about climate change.

"There may be a requirement for changes to the Resource Management Act. We're at the early stages of all of this ... but it's clear that there's a lot of public concern about this. We know that climate change is one of the big things facing us, we've got to make sure that our water supplies and the environment are protected and that the rules are in place to do just that."

The council has stated on its website that Heretaunga Water have recently advised they hope to be operational soon, however it must give the council 48 hours' notice.

It is one of three approved consents for water bottling in the region. The other two in Petone allow for a combined take of almost 950 million litres a year, however according to the council's website, neither are being actively used.