Critics of a controversial Christchurch water bottling plant say revelations it has been polluting nearby land and water, are the latest in a pattern of non-compliance and breaches. 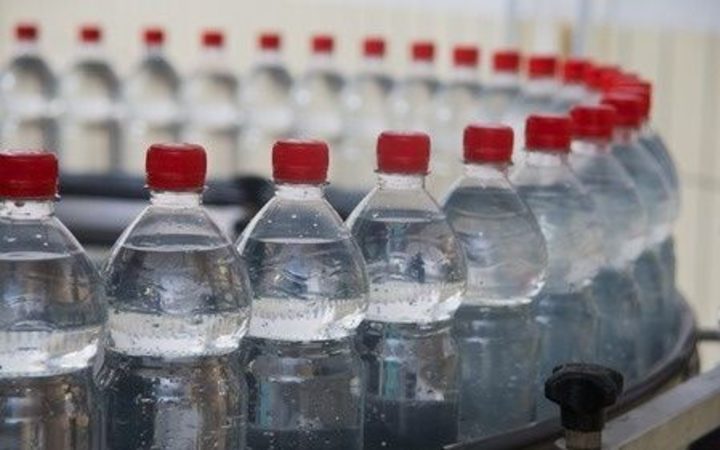 Chinese-owned Cloud Ocean Water has been fined $750 and served two abatement notices after the Canterbury Regional Council discovered plastic beads on land surrounding its site and waste and wash water in the nearby Kaputahi Creek.

The company set up in Belfast in 2017 has faced court cases, consenting dramas, employment welfare scrutiny and staunch opposition from locals.

Scott Esdaile, who organised a protest against its planned expansion in March, said hearing the company had been polluting was not surprising after what happened there in the past.

"We've given away our water for long enough but I think it's about time we started protecting ourselves and especially our future generations of New Zealanders ... and now we need to protect our own backyard. This is just ironic that this has really happened," he said.

Lobby group Aotearoa Water Action has taken legal action against Cloud Ocean Water and the manner in which its resource consents were issued.

Co-convenor, Peter Richardson, was also disappointed about what he called "serious environmental breaches."

"It just represents a pattern of non-compliance, which shows that really, they don't have any regard whatsoever for our ways of doing things, or for our environment," he said.

He said the area around the Kaputahi Creek was already a sensitive environment.

"It's already suffered from a major contaminants spill which killed a lot of wildlife earlier on in the year, so it's major in itself," Mr Richardson said.

The regional council would not say why the resource management officer was at the site two weeks ago, whether there had been any complaints about the pollution, or how long it had been happening, citing that the matter was still under investigation.

A council spokesperson, Gillian Jenkins, said if the plastic beads entered the stormwater network they could have smothered the bed of a waterway.

"The abatement notices require them to cease discharging to land and clean up the site. Then the penalty that was also recently issued to Cloud Ocean was a $750 infringement fine for discharging sediment to land where it might enter water," she said.

Cloud Ocean Water issued a brief statement this afternoon, saying the issues were resolved. A spokesperson said the company, which transformed a "dilapidated" site into one of the most technologically advanced bottling plants in the country, is currently compliant with all regulations and consents.

However Scott Esdaile said the regional council needed to take some responsibility for the pollution and not stop at abatement notices - because it was the one granting resource consents to Cloud Ocean Water.

"The government also needs to step in under the RMA and sort this out and actually deal with it," he said.

Peter Richardson said the regional council has already failed to consider the pollution from billions of plastic bottles made at the plant each year, and the company's other environmental impacts.

He was hopeful taking legal action against the Cloud Ocean Water could lead to its resource consents being revoked.