A meeting about the resettlement of refugees in Whanganui has been called to a halt after an iwi leader told it the city had to look after Māori first. 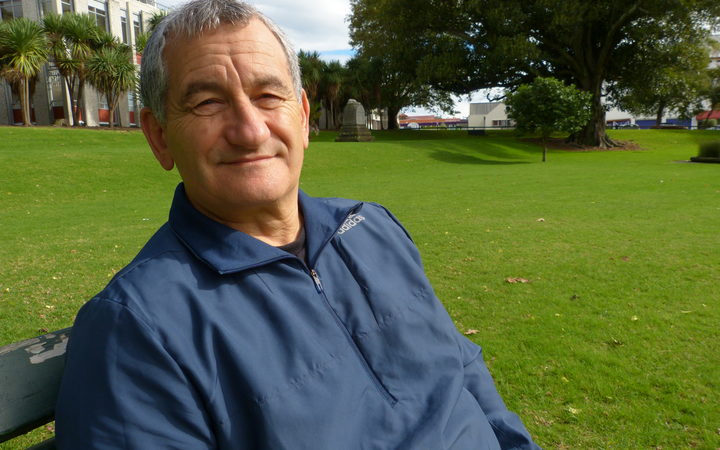 Whanganui iwi leader Ken Mair says issues confronting Māori in the city needed to be addressed before refugees could be resettled there. Photo: RNZ / Leigh-Marama McLachlan

Immigration New Zealand organised the meeting on Monday, which was attended by about 100 people, including representatives of the Whanganui District Council.

Whanganui iwi leader, Ken Mair, told the hui that issues confronting Māori in the city needed to be addressed before refugees could be resettled there.

"Those issues are the obvious issues with regard to housing shortages and the health needs of our local iwi within Whanganui and that's our first priority."

Whanganui was selected as a new resettlement destination in February and could expect 30 refugees in 2020 and an average of about 150 every year thereafter.

But Mr Mair said Immigration New Zealand and the district council had failed to consult properly with iwi on the decision.

"We made it very clear that there is a need for discussions between the minister, local and central government to work through some of the issues we have from a local iwi point of view."

He said he had told Mayor Hamish McDouall about his problems with the resettlement programme and was surprised to see the meeting had even gone ahead.

"We're very concerned that albeit we've laid our concerns before the local council as well as central government for that matter they are continuing with this process towards a refugee settlement within our community and within our tribal domain.

"We asked the hui last night where there was about 100 people in our attendance to respect our position and that the meeting should be called to a halt until the local iwi can sit down with the minister, local government and central government to discuss some of the fundamental concerns that we have."

Mr Mair said the meeting was then brought to a halt and he was told it would not be reconvened until iwi had had the discussions it was seeking.

In a statement, Immigration New Zealand acknowledged that engagement with iwi was important.

"Iwi provide a valuable contribution to support refugee resettlement around the country. In addition, INZ understands the Minister of Immigration Iain Lees-Galloway is also happy to meet with the Te Wai Māori Trust."

INZ said that Whanganui had been announced as a new settlement location following an assessment by the cross-government New Zealand Refugee Resettlement Strategy Senior Officials' Group.

"As part of the assessment process for a resettlement location, the group considered employment opportunities, availability of housing, government services and support provided by local government and the community," the statement said.

Prior to making the decision INZ said it consulted with Mayor Hamish McDouall and the Whanganui District Council and other central government agency partners responsible for the delivery of the New Zealand Refugee Resettlement Strategy.

At the announcement in February, the minister of immigration joined with Mr McDouall and community groups to announce the city's selection as a new refugee resettlement location, the statement said.

"The minister commented at the time that Whanganui's economy is growing from strength to strength and added that the contribution of refugees will support the district to grow more successful still."

Decisions on the numbers and nationality of first intake of quota refugees to be settled in Whanganui were still being finalised. However, it was planned that initially approximately three-to-five families would be allocated from April 2020.

INZ said settlement support would be provided to quota refugees in the year following their resettlement in their new communities to link them to the services they required.