The generosity of the public is shining through after a simple shout-out for a sewing machine. 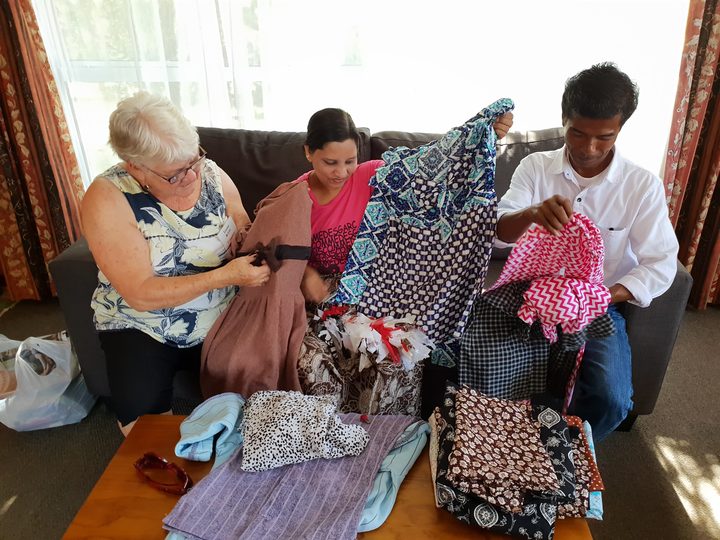 Earlier this month, RNZ reported on Shenenas Norbasha, her husband Mohammad, and two teenage children, who arrived in New Zealand in September last year as refugees from Myanmar.

Sitting in pride of place on the dining table - and with a beaming smile - Shenenas Norbasha showed off her donated sewing machine. 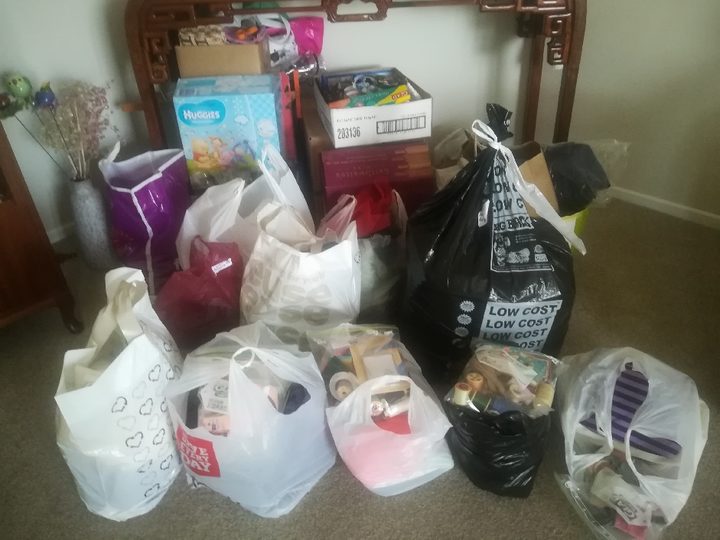 As well as sewing machines, bags of fabric have been donated. Photo: Supplied / Esmee Rowdon

She said that was growing by the day.

"There's no such thing as a stockpile - I take them in in the morning and I went in the second day - and they (Red Cross) said they've all gone," she said.

Mrs Rowden said her lounge was a make-shift warehouse with bags and bags of fabric.

"We've had volunteers in Whanganui, Christchurch, Auckland and Dunedin who haven't got a machine to give but they said 'we'll help co-ordinate, we'll help receive, or distribute, or whatever'," she said.

Mrs Rowden said the fabric and machines were being donated to other refugee families around the country.