Hundreds of retail workers have protested at an Auckland mall, calling for employers to pay them the living wage. 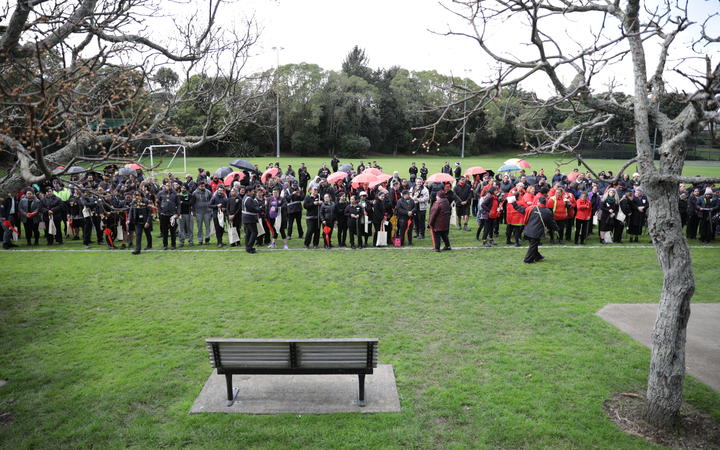 Members from First Union met at Warren Freer park close to St Lukes mall in Sandringham this afternoon, before marching inside the building.

Union organiser Tali Williams said the campaign rally is designed to draw attention to some of the big employers who are paying experienced staff below the living wage.

She has called on companies like Farmers and Countdown to sign up to paying their staff more.

The Living Wage is a voluntary rate set by the New Zealand Family Centre Social Policy Unit. It is currently set at $20.55 but will rise to $21.15 on 1 September.

At least 200 people were already on site with many more on the way.

There was a strong contingent from Bunnings and Kmart, who have already achieved their living wage demands, but are on site to support their colleagues.

One employee from Kmart said having the living wage had made a huge difference to her life.

One Farmers' worker at the rally, Gaye Inness, said people needed that much in order to make ends meet.

"Some of the staff have been there for well over 20 years and they're not even hitting the $20-an-hour mark, they're taking out loans to pay car repairs, loans for Christmas presents for their family. Farmers promote themselves as being a family company with values, but they certainly don't value their staff."

Farmers said it had no comment to make on the march.