These hand-sized parcels of filled pastry mean a great deal to our little country, so to be adjudged the maker of the best pie in New Zealand is surely up there with getting a knighthood or Nobel prize. 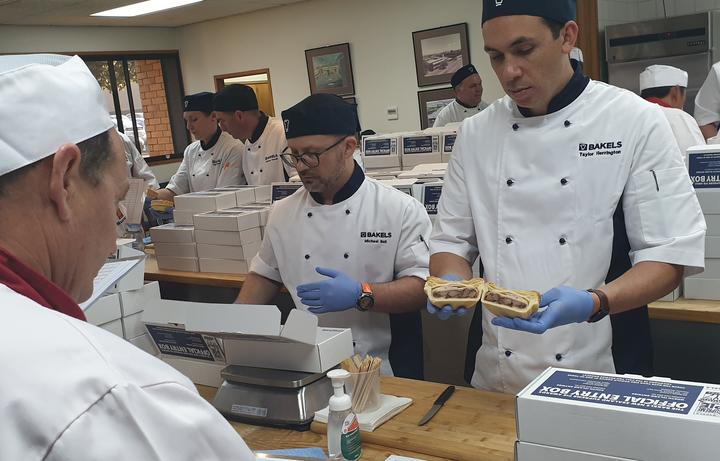 It's understandable, then, to see the surgical precision with which judges of the Bakels NZ Supreme Pie Awards go about their work.

"We want a good looking pie on the top and we actually want to see that flow right through down the side down to the bottom of the pie, making sure the base is clean," said Sean Armstrong, who ate an admirable 22 pies during last year's competition.

And the winner: the mince and cheese pie from Goldstar Patrick's Pies in Tauranga and Rotorua, last night been judged as the best pie in New Zealand. 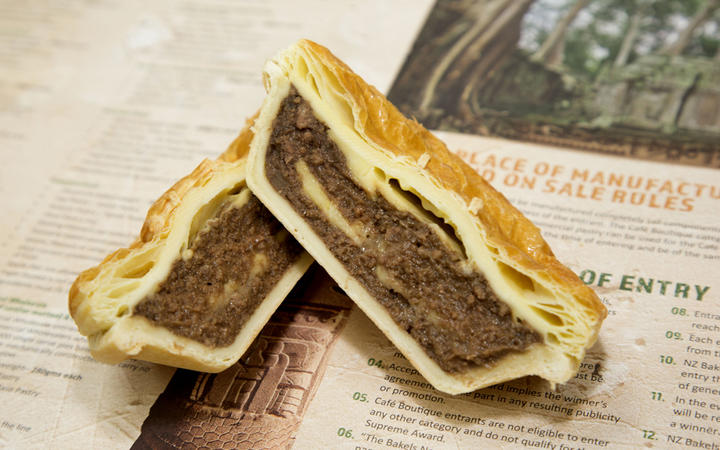 Dozens of bakers and chefs rigourously examined more than 5000 pies to come to their decision.

Chief judge Tim Aspinell has been involved with the competition for 23 years.

So is he sick of the sight of pies?

"Never," he said. "I like the pie concept where you've got a meal on the run. If you need something to eat, you've got to have something to eat and people don't tend to think of the goods and the bads of it. I'm hungry. What is good? A pie is good."

Five-hundred-and-sixty bakeries entered the competition and Bakels managing director Brent Kersel said pies were brought in from all over the country.

"We get people flying in from the South Island - they put them on their lap and bring them up on the plane - and we have people come from Wellington," he said.

"Most of the Auckland people would deliver them themselves so that last hour before close-off at five o'clock there's a lot of cars turning up with their pies."

As well as winning $7500 prize money, the supreme winner can expect to have queues pouring out of their shop for the rest of their days.

"The man we call the Pie King, Pat Lam, he's won it six times and and you've only got to go down to his business in Bethlehem to see how successful he is.

"I was down there the other week and people were lined up outside the door at 10 o'clock waiting for their pies. It doesn't just grow their pie category, it grows the whole business."

Gold winners of each category: