A bacon and egg pie has taken out the annual New Zealand Supreme Pie Awards. 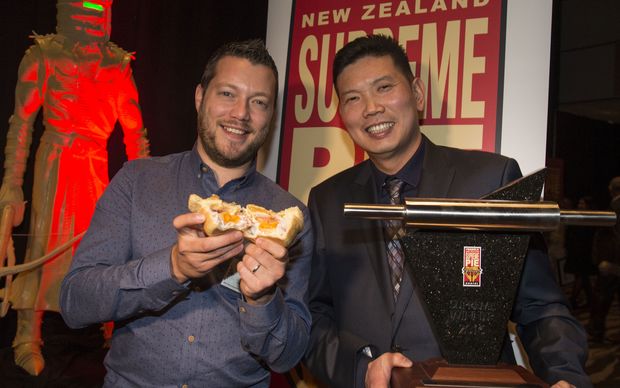 Patrick Lam, from Patrick's Pie Group Gold Star Bakery in Tauranga, won the competition's top prize for his bacon and egg pie, beating over 500 competitors in the category.

It's the fifth time he's taken out the Supreme Award in the competition.

At the awards dinner in Auckland last night, he also won three other awards for his some of his other creations, including his steak and cheese and gourmet fruit pies.

Overall he has won 56 pie awards during his baking career.

"The winning pie looked impressive before tasting. The flavour and moistness of the bacon and egg combination was mouth-watering", he said.

Overall there were more than 5000 entries in all 12 categories, and a total 5284 pies were eaten.

There were 49 awards handed out to the bakers totalling $20,000 worth dollars of cash prizes.

The other winners included: