A random sample looking at the security of stolen firearms showed 32 percent were taken from unattended vehicles, most of which were left unlocked. 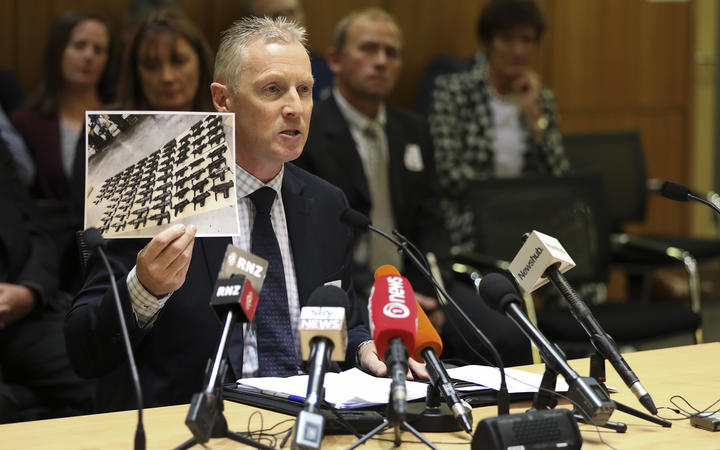 Chris Cahill, president of the Police Association, says there should be a stronger system in place. Photo: RNZ / Ana Tovey

The police study looked at 20 percent of all gun thefts over a two-year period, and showed the majority were aided by the lax security measures of gun owners.

At the Firearms Community Advisory Forum's March meeting, the police shared the results of the random sample looking into the secure storage of firearms.

Between July 2016 and July 2018, there were 672 stolen firearms reports received by police.

Police looked into 40 percent of the reports, but could only ascertain whether owners were complying with security requirements in 133 cases.

In the minutes for the meeting, the police said: "Of these, 62 percent were non-compliant with the conditions or security requirements and 32 percent were stolen when left unattended in vehicles - the majority of which were unlocked, some even with keys inside the car."

Police would not agree to be interviewed, but in a statement they said the numbers were "incredibly concerning".

They said ammunition was also stolen in 40 percent of cases, which indicated that was not being stored safely either.

"We do know from this sample review that far too many thefts are the result of inadequate storage and are therefore preventable," police said.

"Police are able to initiate firearms licence revocation processes when a licence holder is found to not be meeting or breaching the requirements of the Arms Act."

There was no indication of how often licences had been revoked as a result of lax security.

It recommended firearms licences be revoked if the owner was found not to be complying with required security measures.

That was rejected, but Mr Cahill said there should be a stronger system in place.

"I actually think possibly there needs to be some carrot and stick here," he said.

"A first offence warning that's noted on the firearms owner, that their security was breached or was inappropriate, but if it's repeated, they should be subject to revocation."

The Council of Licensed Firearms Owners also thinks people who are not taking firearm security seriously should face serious punishment.

Its secretary, Nicole McKee, said those who are not complying should be dealt with.

"We've heard of people leaving their firearms in their vehicle, unlocked, with even their keys in the vehicle," Ms McKee said.

"That's just not on. That's not the expectation of any firearms licence owner, or the police, of these owners.

"But where we have instances of people who have been burgled when they've left the home and they've had entire walls ripped out, they've done what they possibly could do to secure their firearms and should not be punished for the acts of a criminal."

Ms McKee disputed the police numbers on how many thefts involved lax security.

She was at the Advisory Forum meeting and said police told her there were more 1120 gun thefts over the two year period, of which just 81 involved poor security.

She said that would prove the issue is minor, and is not the main way guns make their ways into the hands of criminals.

"I think that there has been some minor failings in security, and that has definitely been evidenced, but we do not believe that is the sole source of criminal access to firearms."

"There is no evidence of a large-scale illegal importation of firearms, so we know that they're coming from licensed firearms owners.

"The need for them to be secure is really important."

Mr Cahill also suspected the number of thefts could be under-reported.

He said firearms owners whose poor security made the theft possible could be reluctant to go to the police for fear of the repercussions.

Ms McKee rejected that, saying and said gun owners were quick to call the police after a theft, regardless of whether they played a part.

Police Minister Stuart Nash told Morning Report police not having the ability to check firearms storage capacity more often was one of the reasons the government was looking to change the law. 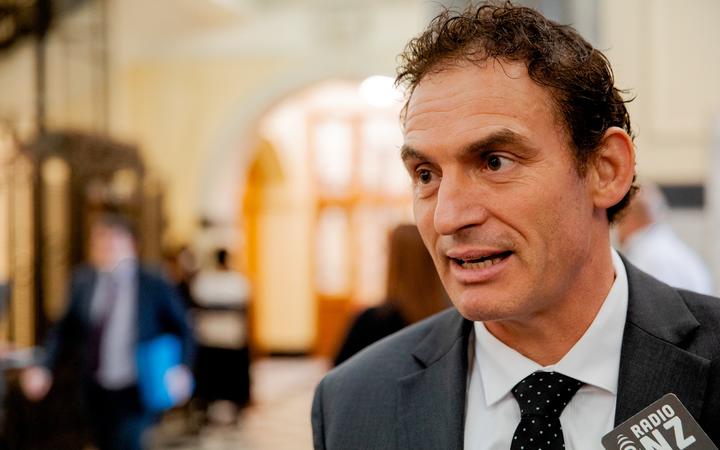 "As the prime minister has said, the changes to firearms legislation is because we want to have a new emphasis on public safety."

"My understanding is you're not allowed to have the bolt in the firearm, it's got to be disarmed.

"If someone is being lax with their security at home, they should immediately lose their licence."

He said the vast majority of firearms owners were law-abiding citizens but changing the licence renewal from 10 to five years would put the focus on public safety.