Police have sped up the importing of guns into the country by streamlining the process of giving out permits.

Some permits are being granted in less than a week, but police said the process is now more consistent.

For more than a year police have been working to improve how they operate when dealing with the Arms Act.

The improvements include taking their paper-based firearms licensing system and moving it online.

That has been put on hold following the Christchurch terror attack, but the first step in their improvements happened in March 2018.

In a progress report sent to Police Minister Stuart Nash and obtained under the Official Information Act, police detailed their plans for investment in modernising the administration of the Arms Act.

"A first step in this programme took place in March 2018 and has been to streamline the handling of applications for firearms import permits," the report states.

"This has delivered immediate benefits in the timely delivery of permits and consistency of decision making."

While police have put on hold the rest of their improvements to their service delivery, Acting Superintendent Mike McIlraith, who heads the Arms Act service delivery group, said the streamlined permit process has not been halted.

"The process remains the same with permit applications received and considered against the requirements of the Arms Act. Permit applications are subsequently approved or refused (declined)," Mr McIlraith said in a statement.

"The team provides a good service and at times the turnaround on applications can be less than a week if comprehensive information is provided to us and they are a repeat customer.

"For more complicated applications or items being requested needing more detail or consideration it can take a bit longer to grant approval. The service expectation we give applicants is 30 days as some permits can take this long for a variety of factors.

"There has been benefits in having a small team focused on this component of the Act and we've seen improvement in the timeliness of decision making and consistency of decisions under the requirements of the Act.

"Staff training, supervision and leadership have greatly contributed to the improvements. The establishment of the team has been well received internally as having a centralised permitting team has reduced the demand on district-based firearms staff such that they can reinvest that time into other Arms Act regulatory matters.

"We have also had some positive feedback from dealers and individuals, especially regarding timeliness and accuracy." 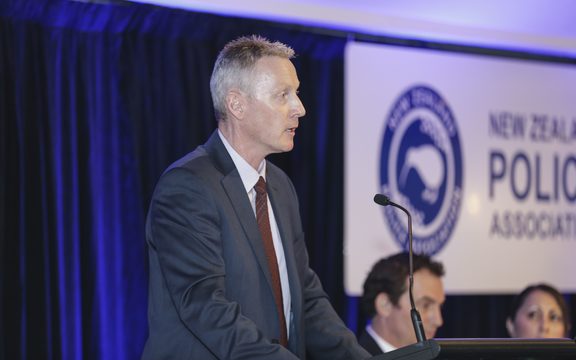 "I can certainly understand why that would look unusual, but the real issue for us is that the system is still really robust and weapons that shouldn't be imported or there isn't good cause for importation, isn't occurring," Mr Cahill said.

"We'd certainly be concerned if it was leading to importations that weren't required or didn't meet legal requirements, and we're not seeing that."

Mr Cahill said the import team has already stopped one importer from bringing in banned parts.

"We know that police recently banned, or stopped the import of parts for semi-automatics, which when put together would have created a weapon that wouldn't have got an import licence," he said.

"That's being challenged by that importer, but it shows police are actually being more consistent and applying a robust approach, and that's certainly appropriate."

Gun Control NZ would only be concerned with the time it takes to approve permits if prohibited guns were being signed off in that time.

But spokesperson Philippa Yasbek said, regardless of the type of gun, there was no reason so many guns should be coming into the country.

According to Customs, more than half a million guns have come into the country in the past decade.

"There is an issue because the minute you get a firearms licence, an A-category firearms licence, you can own as many firearms as you like, so long as they're not restricted like pistols, or the now banned semi-automatics," Ms Yasbek said.

Ms Yasbek said taxpayers are also helping fund the importation of guns, because there was no fee for an import permit.

She said permits should be paid for by importers.

Police said they have had positive feedback from dealers and individuals because of the timeliness and accuracy of their new permit process.