The Prime Minister Jacinda Ardern is one of 14 women who will appear in a special edition of British Vogue magazine, which is being guest edited by the Duchess of Sussex, Meghan Markle. 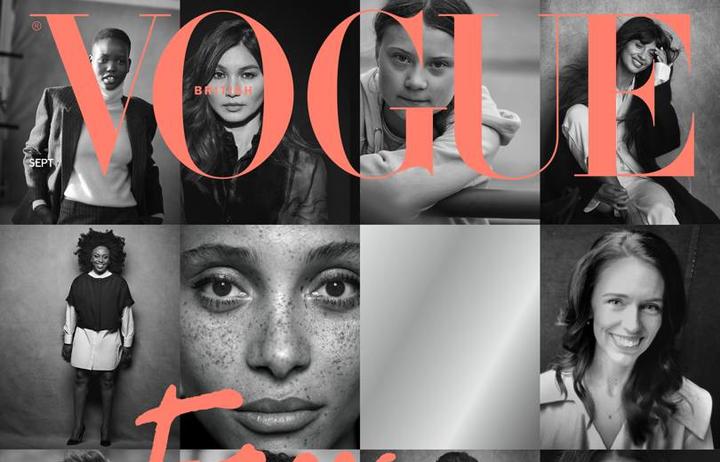 The latest edition of Vogue is guest edited by the Duchess of Sussex. Photo: Vogue

It says they range from activists to artists, and from prime ministers to climate change campaigners.

The Duchess has spent the last seven months secretly working on the upcoming edition.

The women she's selected to appear on the cover are:

A sneak peek of the #ForcesForChange video for the September Issue of @BritishVogue. Her Royal Highness, The Duchess of Sussex is the first Guest Editor for British Vogue’s September Issue and for the last seven months has worked to create an issue of inclusivity and inspiration, focusing on what connects us rather than what divides us. Fifteen women were chosen for the cover including New Zealand Prime Minister Jacinda Ardern, who generously lent her time to support The Duchess in this important issue. The women first met last autumn during Their Royal Highness’ official tour of New Zealand. Above, PM Ardern says: “One change that I’ve noticed over the course of my career, is just how polarised the world is now. I do think there is a solution to that though, and that’s ultimately us coming back to the humanity that we all share." Thank you PM Ardern for being an amazing force for change. For more details on this special project, please see previous post and stay tuned for more updates throughout the week.

Ms Ardern has featured in Vogue before. She was profiled in the March 2018 issue of US Vogue.

The Meghan Markle-edited edition will also feature what's described as a "candid conversation" between the Duchess and Michelle Obama, the former First Lady, whom she has long admired, as well as an interview between her husband, the Duke of Sussex and Dr Jane Goodall, a primatologist whom she has idolised since childhood.

The magazine will hit news stands on 2 August.