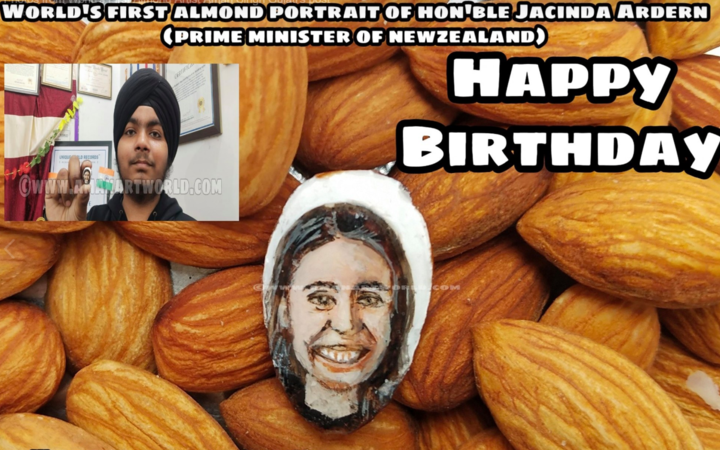 Aman Gulati, 18, who has cracked it as the world's first almond artist, completed a miniature portrait of Ms Ardern on a nut, which he now wants to present it to her personally by coming to New Zealand.

The young artist, who is based in northern India, told Checkpoint tonight he had already painted the Indian cricket team, India's independence icon Mahatma Ghandi and the newly-installed UK Prime Minister and Conservative leader, Boris Johnson.

He aimed to create thousands more of his tiny masterpieces, which he said each took about two hours to complete.

He wanted to break a Guinness World Record by painting 6500 of the portraits. He has so far completed painted 210 nuts.

"It takes time to work on almonds," he said.

Word of Mr Gulati's novel art pieces has spread, meaning people are now willing to shell out for his pieces by commissioning him to paint their portraits.