Nine days after a gas explosion shattered a Christchurch neighbourhood, three people are still in hospital. 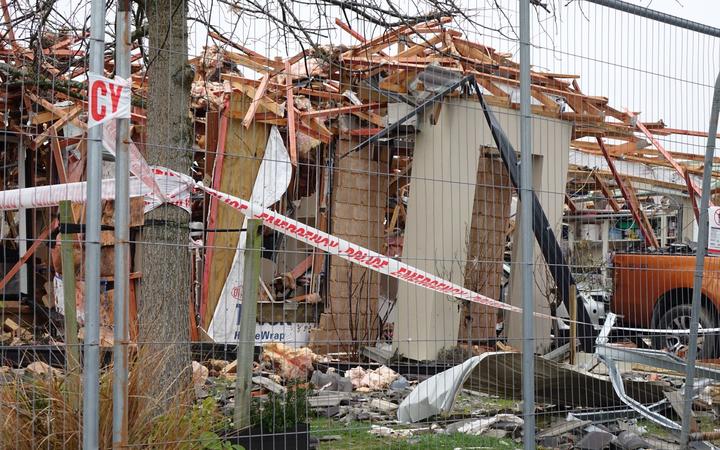 One house was completely destroyed by the explosion at Marble Court. Photo: RNZ / Conan Young

The residents of nine houses in the suburb of Northwood have been told they will not be able to return because there is too much damage to their properties.

"Our understanding is it's likely to be the five. The city council have been putting their engineers making more thorough assessments yesterday and that work will continue today."

WorkSafe said its investigation could take up to a year to complete.

The explosion last week initially left six people injured, obliterated one home and damaged 20 others including five that were severely damaged by fire.

Witnesses said damage could be seen up to 100 metres away, and police evacuated about 50 residents from their homes at the time. Neighbours also described doors blowing open, objects falling off their walls and debris landing on their roofs.