Former ward of the state Tyrone Marks says his fundamental rights have been breached after learning sensitive personal information about his time in care was publicly available. 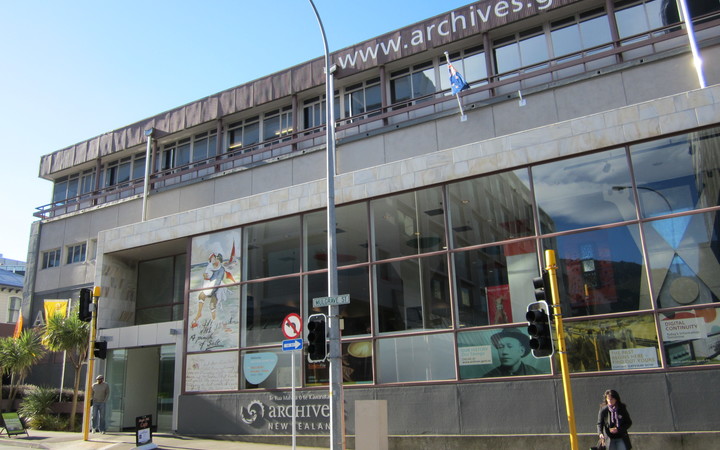 In a joint statement, Oranga Tamariki and Archives NZ said they found out last Wednesday, after inquiries from the New Zealand Herald, that records containing information about children in state care more than 30 years ago were being held in "open access files" at Archives New Zealand.

The files were transferred to Archives NZ in 1989 by the, then, Department of Social Welfare.

The records include information about referrals for psychiatric evaluations, details about prescriptions, names, dates of birth, and the names of institutions where some state wards lived.

Oranga Tamariki and Archives NZ said some of the information they contained would be restricted under today's "approach to privacy".

They said they were still working out how many people's personal information was publicly available.

"Today, this kind of information would be reviewed upon transfer to Archives and restrictions placed on the information as appropriate," they said.

Mr Marks, who was in state care from 1967 until 1974, said he was shocked to get a call from journalist David Fisher to say he had been able to get personal information about him from the files.

"Realistically it's a breach of my basic human rights.

"That's information held about me and I should only be the one who access that or authorise certain people to access it."

State-care abuse survivor Paora Crawford Moyle said she was angry but not surprised.

She said she was was worried about the safety of the massive quantities of personal information being dredged up for the Royal Commission of Inquiry into Abuse in State and Faith-based care.

"That's huge amounts of information and a lot about this information was paper based and it has to be kept somewhere.

"These paper based files are are tucked in old archives at the back of churches and offices, and we're needing to get hold of that information to support survivors' stories in order for the Royal Commission to collect it as data evidence.

"That's a huge task. No, I don't have a lot of faith in the government being able to look after our private information."

Moyle said she feared it would stop people from taking part in the inquiry.

"How do people tell their stories if they don't feel... safe in their information being held and looked after?

"These are their lives, they're hurt. It affects their families."

No guarantees from Archives it won't happen again

An Archives NZ spokesperson said they believed the only people who accessed the information were government officials, the journalist, and one other private researcher.

"Information held in Archives NZ is secure, it's safe and it's cared for. The record of government is complex and we could never give an absolute guarantee that sort of thing could never occur again, but I think we're taking all sorts of steps we can to address the issue."

Archives NZ has contacted government agencies working closely with the Royal Commission of Inquiry and told them to check that their files at archives have the right privacy classification, he said.

Archives NZ will be meeting with the agencies next week.

"We understand this news may be distressing for those affected, and for people who might wonder whether their information has been accessed.

"We are now working to understand the extent of the vulnerability and other government agencies have been informed of the situation."

Oranga Tamariki has informed the Privacy Commissioner was assessing the best approach to address the concerns of those affected, he said.