Tears of joy and cheers filled a courtroom in the Hutt Valley when a grandmother was granted custody of her six-month-old mokopuna after a long battle with Oranga Tamariki. 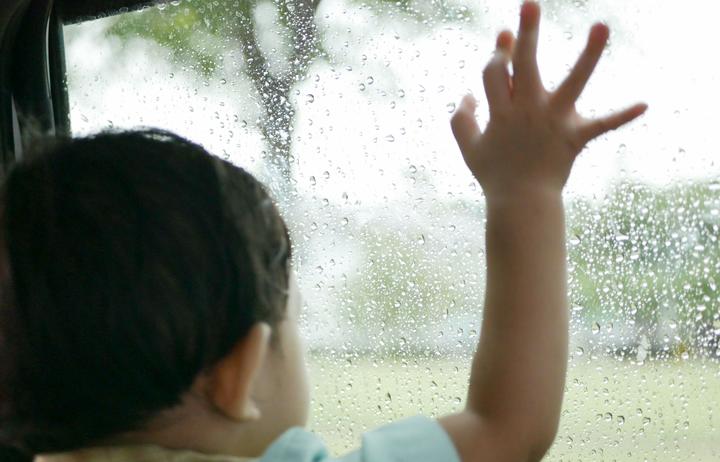 A judge has applied section 7AA in a decision granting a grandmother custody of her grandchild after a long battle with Oranga Tamariki. Photo: 123rf.com

For what is likely to be one of the first times, a judge has applied section 7AA in a decision granting a grandmother custody of her grandchild after a long battle with Oranga Tamariki.

Section 7AA, part of the changes to the Oranga Tamariki Act that kicked in at the start of this month, ensures Oranga Tamariki must commit to its Treaty of Waitangi obligations and prioritise the whakapapa of children in their care.

As soon as the judge announced his decision, that after six months in foster care the baby was going to be given back to her whānau, the grandmother was on the phone immediately organising things for their return to her home in Australia.

Outside the courtroom doors, the grandmother explains to whānau in Australia that baby is coming home with her.

Despite the positive outcome the grandmother - who cannot be named to protect the identity of the baby - said it had been a long fight to get the child back.

The mother of the baby was deported back to New Zealand after serving time in prison, removing her from her core family support in Australia.

After arriving in Aotearoa she found out she was pregnant and soon after gave birth to a baby girl in January.

A whānau advocate and community social worker said Oranga Tamariki then became involved and shortly before she gave birth they gave notice to uplift the baby when born, citing the mother's living situation.

Oranga Tamariki said in a statement, this was due to concerns about the mother's ability to care for the baby.

The grandmother applied for custody in March, as soon as she found out that baby was not going to be in the mother's care.

The grandmother said since then she fulfilled all of the requirements that Oranga Tamariki put upon her but was consistently told she had to do more.

"The process was horrible to be honest. The most horrible experience, and I couldn't understand why Oranga Tamariki wouldn't just give us this kid.

She said any concerns Oranga Tamariki had, she provided explanations with supporting evidence. She even obtained a blue card - an Australian monitoring system to allow people to work with children.

"Then after that they said she can't come and live with you because you aren't an Australian citizen. Then there were more stories as to why she couldn't come and stay with us.

"Why put families through so much?

"There was no need for it to go as far as it went."

'This child has missed out on these precious days of attachment'

The grandmother's lawyer, Julia Sanders, said she was appalled by what she called a drawn-out and unnecessary process.

"That baby has lost 169 days that she should have been attaching to whānau."

Ms Sanders said she wanted Oranga Tamariki to be held accountable as she felt it ignored the directions of the court.

She said the judge told lawyers in March that Oranga Tamariki needed to do an assessment of the grandmother by an Australian social worker. The deadline for the assessment was moved twice.

But Ms Sanders said Oranga Tamariki stated they were not going to do an assessment because they did not support the child going to the grandmother.

However, in the final hearing, Oranga Tamariki's lawyer said they no longer opposed this.

"This child has missed out on these precious days of attachment to whānau. The pouri [sadness] that they have caused this whānau, the financial pressure on this whānau to keep travelling over from Australia to obtain and pay for legal advice..."

The judge said the benefit of the child being with her family outweighed some of Oranga Tamariki's concerns.

"Under the Act, I am required to place the baby with whānau when it is available and whānau placement is available."

He also referenced Section 7AA of the Oranga Tamariki Act: "As a matter of common sense the emphasis on tamariki Māori, recognises the importance of whakapapa and whanaungatanga responsibilities."

The lawyer said the decision was an example of how this section could be applied appropriately.

"This is the first hearing I have been part of since the 1st of July amendment came into the Oranga Tamariki Act and I was hopeful that it would make a change to the way decisions were made.

"This particular judge took it on board and saw it as his responsibility to ensure it was taken into account."

However, she said Oranga Tamariki did not address it in their evidence, which showed a dependence on social workers' direction.

"You have to strike a social worker that understands tikanga Māori, then it becomes much easier to work with them to work for the best interests of the child.

"That's the problem I have: The discretion of the social worker and their supervisors who are nameless faceless people. I completely understand the role of keeping children safe, but I believe children have been very unsafe - emotionally, psychological and whakapapa-wise - in Oranga Tamariki care."

Soon after the decision, the grandmother expressed her gratitude to the foster family that looked after her mokopuna.

"To me it is a sensitive issue and the transition needs to run smoothly for them, for me and for baby."

As part of the court decision, the grandmother is required to travel back to New Zealand from Australia so the mother can maintain contact.

An Oranga Tamariki spokesperson said in a statement it was not aware of the grandmother's concerns.

The spokesperson acknowledged the confusion around the assessment and said Queensland authorities were contacted to start the process.

"The fact that Care of Children Act proceedings commenced whilst Oranga Tamariki Act proceedings were underway made this more complicated as the ordinary procedure for assessment did not apply.

"We should have confirmed and proceeded with the alternative process in a timely manner but did not due to confusion about next steps."

It also apologised for the way the handover was handled.

"Because the decision to transfer custody from Oranga Tamariki to the grandmother was made by the Family Court and not anticipated, Oranga Tamariki had not adequately prepared for that outcome."