Protesters blocked part of a road near Parliament today in a dispute about contested land at Ihumātao in Auckland. 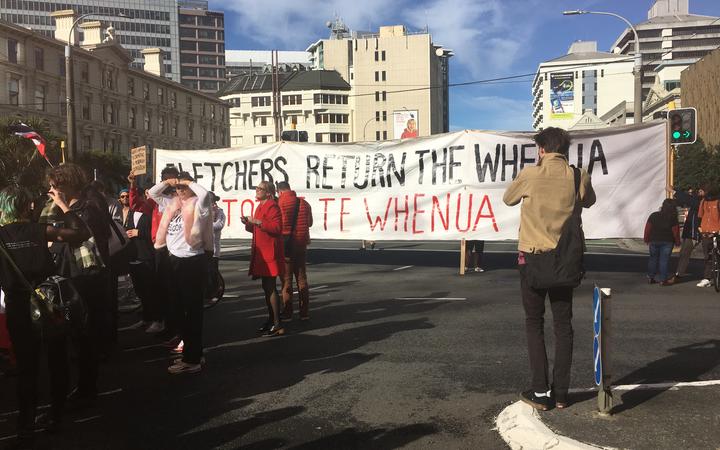 About 300 people gathered at Parliament, and protesters blocked Lambton Quay. The roads have since cleared.

They are standing in solidarity with mana whenua protesting about a housing development planned by Fletcher Building at Ihumātao, in Mangere.

She is urging them to force the police to stand down, and get all parties together to resolve the issue according to tikanga Māori. 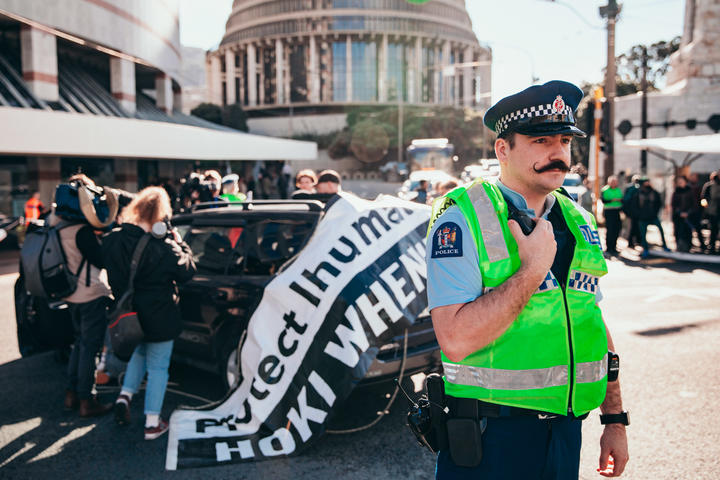 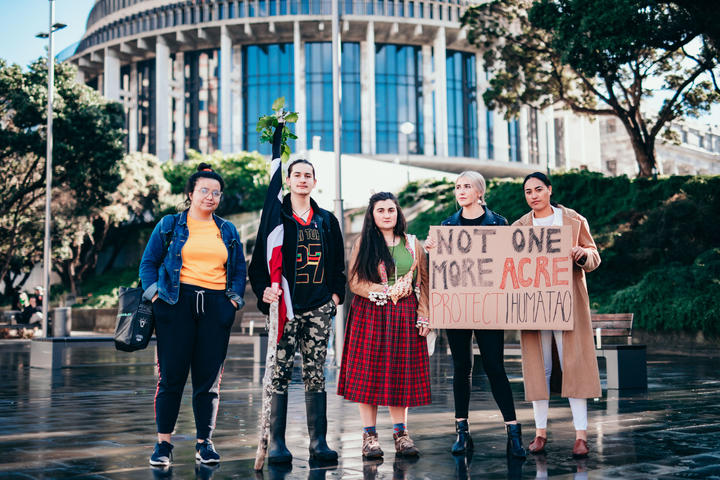 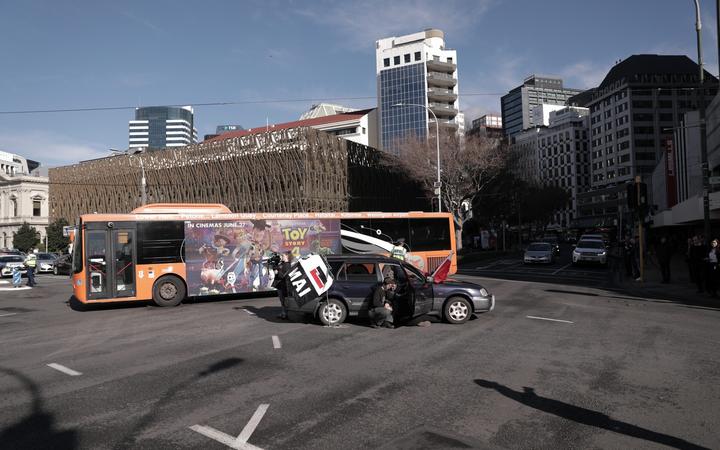 A car blocks an intersection near Parliament during a demonstration over the Ihumātao land dispute. Photo: RNZ / Dom Thomas