A plane bringing political journalists back to New Zealand from Melbourne after a Defence Force plane broke down yesterday, has itself broken down.

A number of press gallery journalists were on an Air New Zealand flight set to leave Melbourne for Auckland this morning when it was halted due to technical problems.

It had to be towed back to the gate.

A computer problem grounded the Royal New Zealand Air Force Boeing 757 yesterday. It was meant to return the prime minister, her staff and journalists to New Zealand.

Jacinda Ardern's office confirmed she flew home on a commercial flight which landed at Auckland Airport at about midnight, and her schedule for today has not been interrupted.

The Defence Force has said the break-down was caused by a computer problem in the Royal New Zealand Air Force Boeing 757 that took the prime minister to Australia.

A Defence Force spokersperson said repairs were being made on the air force jet today, after a replacement part to fix its air-data computer was flown to Melbourne overnight.

The Boeing 757 is expected to arrive home to the RNZAF Base in Auckland this evening.

The airforce has two 757s that were introduced in 2003 and are used for transporting people and equipment.

Minister for Defence Ron Mark has previously criticised continued use of the aging aeroplanes as poor value for money, and last year heard briefings from overseas manufacturers about possible replacements.

Ms Ardern is hailing her trip as a success despite failing to secure any policy changes from Australia.

She promised to raise Australia's deportation policy when she sat down with her Australian counterpart Scott Morrison yesterday.

But Australia has refused to back down.

Following the meeting, Ms Ardern told reporters she'll continue to push the matter, describing it as corrosive, unfair and unjust.

But she said New Zealand won't escalate the difference in position by taking any retaliatory action.

Ms Ardern said the highlight of the trip was engaging with Kiwi businesses in Australia doing a great job of entering the overseas market. 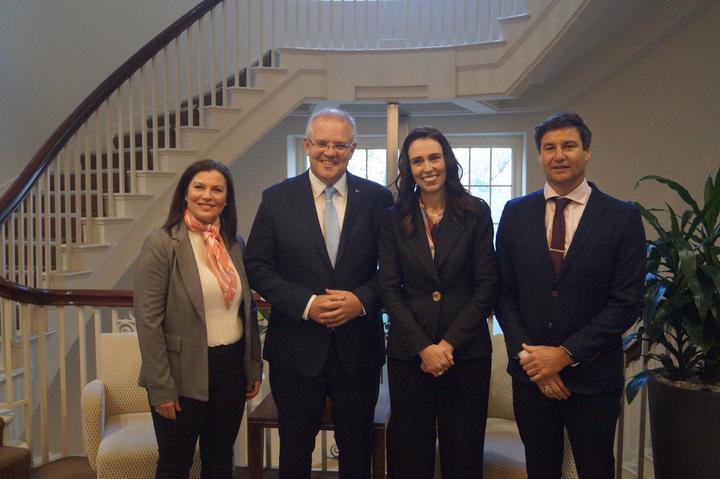