A local board in south Auckland is promising to do what it can to establish a 24-hour drop-in centre for the homeless in Manurewa. 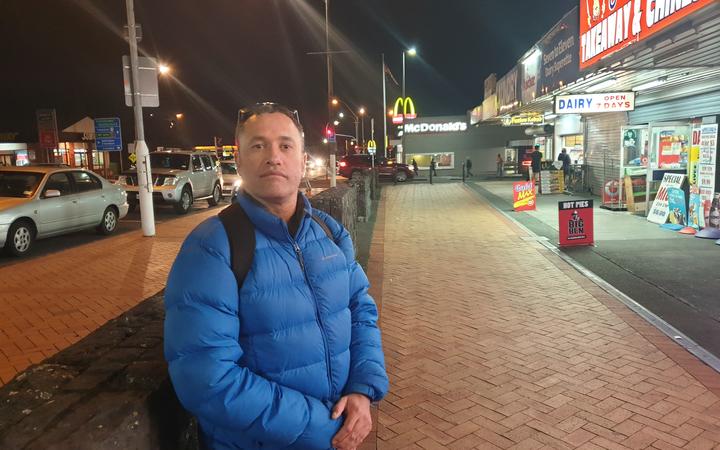 Nikora Davis, an advocate for Manurewa’s homeless, at the spot where rough sleepers used to congregate before a crackdown. Photo: RNZ / Matthew Theunissen

That's given some hope to community activists who have spent years lobbying for a shelter - but they still need to find a suitable building.

"This area here was where the homeless would be situated," he said. "But this is where they've been moved away, trespass and that, so we don't see the homeless."

The well-lit sidewalk on Great South Rd where they used to congregate is now completely empty, other than people picking up a takeaway in one of the shops.

Mr Davis said they'd been left feeling intimidated and threatened by the recent homelessness crackdown, and had headed to the city or out of the town centre.

"The situation is dire because what's happening is you've got an influx of people from around the different suburbs being moved into the CBD. You've got territorial situations going on, you've got drug influences, you've got gangs.

"You've got so many different demographics going on that the outcome is someone's going to either lose their life or get to that stage where enough is enough."

Mr Davis presented a petition to the Manurewa Local Board last night, signed by about 500 people who support the establishment of a drop-in centre.

Debbie Munroe, from the group United We Stand: Waka of Caring, told the local board about what she was hearing from the streets.

"Our street whānau have been pushed out and ended up in Auckland city. We have heard about one of our girls and guys being raped, beaten and their belongings stolen. They feel isolated, scared and broken. They want to come home; home being Manurewa." 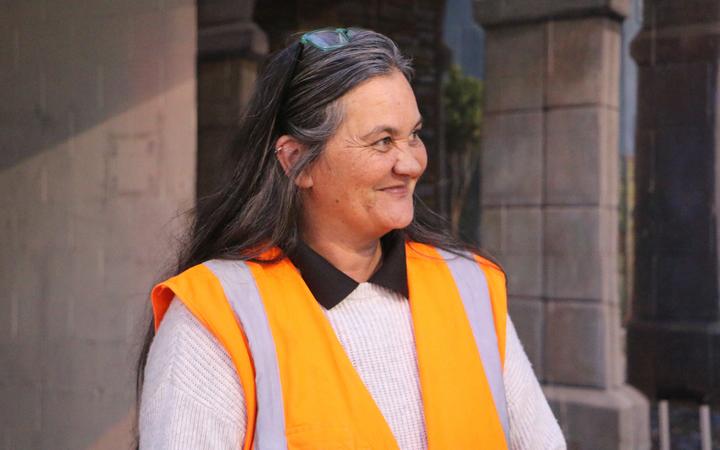 She pleaded with the board to to everything in its power to help establish the centre.

"It will give them a sense of belonging, self-worth and confidence. We are not asking for the world, we are asking for a room or a building and perhaps the cost of power. We can cover the rest.

"We are hoping that our drop-in centre will start a chain reaction for other groups that work on the ground level."

The local board added their support, but chairperson Angela Dalton said they were unable to actually provide a building.

"This board actually has a very, very small budget in the grand scheme of things and we've looked at our venues [including] our venues for hire, and there is nothing in that space.

"So everything's at capacity but we would like to work with you and get behind you to advocate to the government."

After the meeting, Ms Munroe and her fellow activists discussed the meeting and where-to from here.

"I must admit I was impressed that they actually acknowledged us just because last time I did they just looked at me and said it was going to fail," Ms Munroe said.

"So we need a building to drop from the sky - or one of us wins Lotto."

The group is also lobbying authorities to find a space for the Orange Sky service, which operates mobile showers and laundry facilities but is unable to operate in Manurewa.