A man pulled from Whangaroa Harbour this morning may have been rescued just in the nick of time. 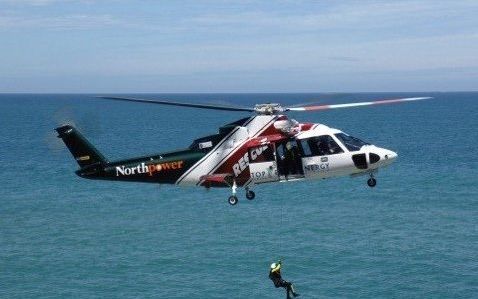 He was found about 5.30am by a local boatie, who managed to hold him up out of the water and call for help from his dinghy.

The man was not wearing a wetsuit and told the boatie he had been in the water about six hours.

St John Paramedic Scott Mears was on board the Northland Rescue Helicopter at the scene and helped to winch the man up to safety.

He said the crew had to wait for a gap in the weather to get into the harbour. The man was not in good shape when he was hauled on board.

"There were quite severe fronts coming through this morning, so the weather was not the greatest; when we finally winched him into the aircraft and assessed him we found he was in a critical condition."

The entire operation took about an hour, Mr Mears said.

The rescued man is now in Whangārei Hospital, where his condition has been described as serious.