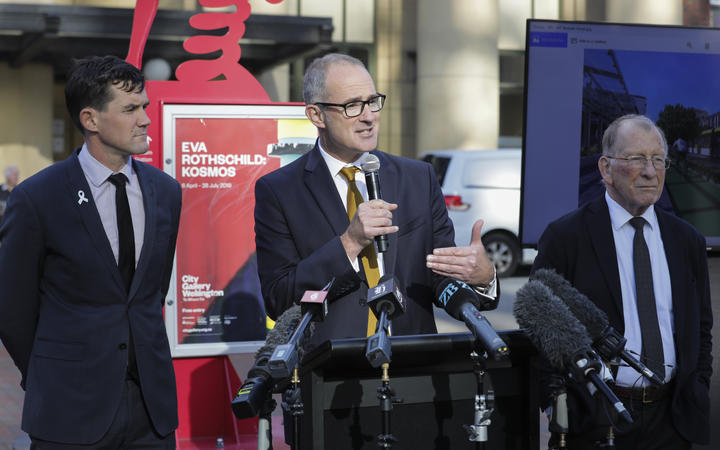 Mr Laidlaw has been chair of the regional council since 2015 when the then-chair Fran Wilde resigned.

He was first voted onto the council in 2007.

The main reason for stepping down was that he wasn't able to spend enough time on the land and water environmental issues he was interested in, and which had initially attracted him to the regional council, he said.

The Wellington bus debacle was also a factor, he said.

"That's part of it, it's tended to monopolise people's attention, understandably.

"It is tough stuff. There are no easy answers, there never have been, but we are now making the sort of progess that I'm convinced will produce a worthy bus service for Wellington.

"And I'm confident we're well on the road to doing that."

When the network ran into trouble after being rolled out mid-last year, Mr Laidlaw was called on to resign, but refused, saying he would stay and continue to work through the bus troubles.

He said his time on the council had been "enormously stimulating".

Mr Laidlaw was encouraged by the new energy he could see in young people coming through.

His council colleagues described him as well-liked with one, David Ogden, suggesting he had been "hung out to dry" somewhat throughout the bus debacle.

Councillor Daran Ponter said Mr Laidlaw had helped bring the council back together when Fran Wilde resigned in the fallout from a failed bid for amalgamation for Wellington's councils, and had brought stability back to the council table.

A new chair would be decided following October's local elections - they are not voted in by the public, but by elected councillors.

Mr Laidlaw's resignation and that of two others - Sue Kedgley and Ian McKinnon - signals a shake-up in the constituency, which is represented by five councillors.

Ms Kedgley had been on the council for six years, but involved in politics for 30.

"I've made my contribution, it's time to pass the torch on to a new generation," she said.

She had only planned to stand for two terms, and believed renewal on the council was important.

Mr McKinnon, who was previously on the Wellington City Council, with a stint as deputy mayor, said he had spent 12 years in local government, and it was time for a change.

"One hits the Golden 70s and it may be time to step aside and let other people come into that particular position, possibly younger people who've got fresh ideas, I think that's a good thing."

He had found the council "most interesting", and that the dominant feature this term was the bus network, which he said still had problems that needed to be fixed.

Mr McKinnon said what he believed most strongly about councillors was that it was their responsibility to be out with people at a grass roots level listening to their concerns and aspirations.

Paul Swain and Ken Laban were unable to be contacted.

Nominations for the Wellington City Council, Greater Wellington Regional Council, and the Capital and Coast District Health Board, open today and close next month.