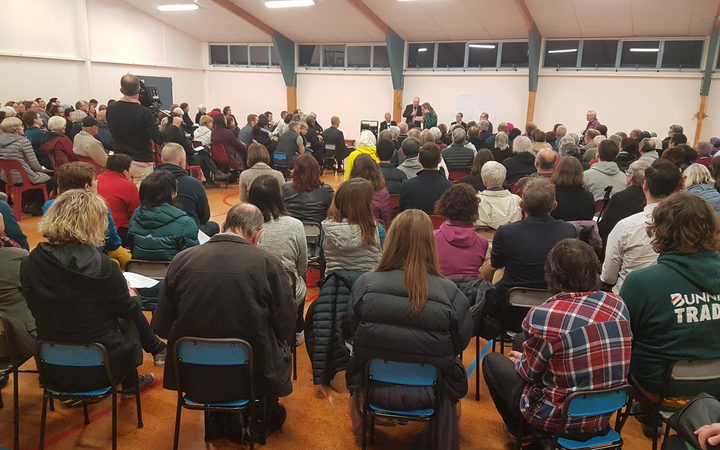 Hundreds of people have already vented their anger at meetings in Newtown and Kilbirnie and last night it was Karori's turn.

About 300 people crammed into the hall at Karori West Normal School eager to have a crack at regional councillors over the new bus routes.

For many, it was the first time they had been able to confront the regional council about the changes, which have now been in place for eight weeks.

One of the first to speak was Northland resident Linda.

"I am livid, I am angry, because I'm really upset about this new system," she said.

"Do you know that the city is actually Lambton Quay, Willis Street and Courtenay Place? And do you know that people work there? And from Northland, you can't get there in one go!"

Soon after was Wellington Hospital worker Sandra, who said her pay had been docked because the new service made her late.

She had been catching the number three bus for 15 years which used to take her directly to the hospital.

Now she is forced to take two buses.

"From the time it started I've only managed to catch three buses that link to Wellington Hospital," she said.

"I have to get off at Courtenay Place, and my colleagues and I walk all the way to the hospital. Why? Because we get docked because of the bus service."

Throughout the night, people called for the Regional Council Chairman Chris Laidlaw to resign.

They said he was responsible for the nightmare and they wanted him held to account.

"It's a lasagna failure... I mean they couldn't have dug a deeper hole if they tried.

The council said it was trying to fix the problems but that would take some time so for now Wellingtonians would have to make do.