Wellington Regional Council will be making no more than minor changes to the new bus network despite a torrent of complaints and verbal abuse at a public meeting. 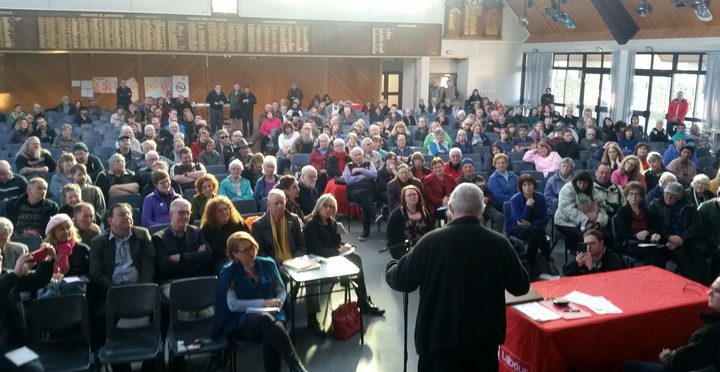 About 300 people turned out to the first of a series of public meetings about the new Wellington bus network in Kilbirnie last night. Photo: RNZ / Meriana Johnsen

The meeting in the suburb of Kilbirnie last night was first time the council had faced the public since the biggest overhaul of the capital's public transport system in decades was introduced six weeks ago.

The crowd wasn't shy about venting their frustrations.

Mr Laidlaw said the use of consultants outside Wellington to design the system had been a major contributor to the network snags.

"There's a lot, about particularly the design of the routes, which is flawed and we've said that from the beginning and they have to be fixed and they will be fixed."

However, the council has only committed to reinstating one previous route, which will not happen until the end of the year, and it is considering reinstating another route. 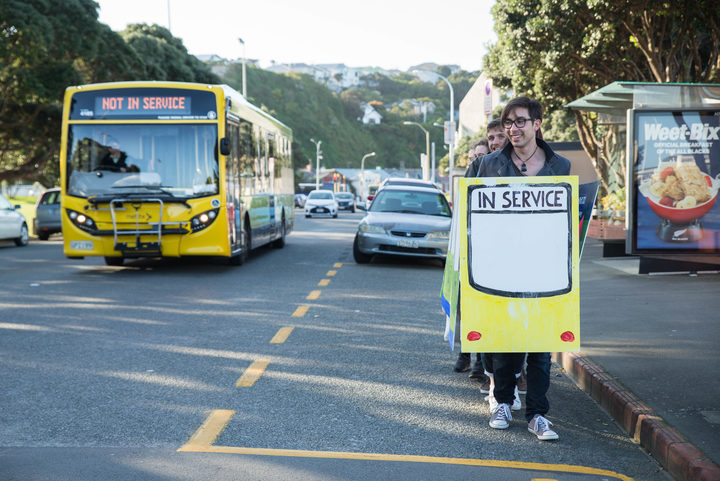 There was strong opposition from many in the crowd to the new hubbing model, where bus routes connect up at main bus stops, and many passengers have to take multiple buses to get to their destination.

One Hataitai resident said she previously caught one direct bus but the new system meant she now took three.

"Elderly folk could get to the supermarket, library, doctors whatever they needed, schoolchildren could get to college with one direct route. That has now changed and it has become a five bus journey if you live in certain parts - return."

Fiona from Strathmore said the waiting time between connecting buses meant her school-age children were left waiting in the dark.

"Up to 15 to 20 minutes waiting at the Strathmore shops for a bus to take you up the hill. I don't think this is reasonable when you have teenage children and they're catching two buses from town at night, if they've been into town, and then there's no bus to take them up the hill so they have to walk."

Fiona also criticised the lack of a direct bus route from Strathmore to the city, despite the reliance of residents on the bus services.

Another resident, Gabrielle, raised her concerns about the plight of bus drivers.

"I've had drivers asking me to tell them to direct me along their routes, I've had drivers in tears, I've had drivers telling me they are putting in for stress leave because they just can't cope any more. I've had the same driver that I've seen at eight o'clock in the morning when I'm going to work driving the bus at six o'clock at night to get me home."

One former driver of 16 years was the sole representative voice for bus drivers at the meeting.

"I feel for all the bus users and all my current people still working there, I'm still in touch with them, and some of them now are still very unhappy with what's coming down and with this new 14 hour [split shift], they're not happy."

Regional council transport committee deputy chair Darran Ponter admitted the council failed on the delivery of the physical infrastructure of the bus hubs.

One woman pointed out that the Miramar bus hub was still not complete. But Mr Ponter said the council had listened to complaints about hubbing, with only 5 percent of routes involving hubbing rather than the originally proposed 30 percent.

He assured the angry crowd that the council had put more buses on peak services, and said earlier bus services would be rolled out in the new year.

On criticism of the removal of electric trolley buses, Mr Ponter said the council was in the final stages to convert 50 trolley buses to battery electric buses.

Councillors will now need to prepare for the next public meeting in Karori on Thursday night.