Saudi Arabia has confirmed it will host 200 pilgrims from families of those killed or injured in the Christchurch mosque shootings. 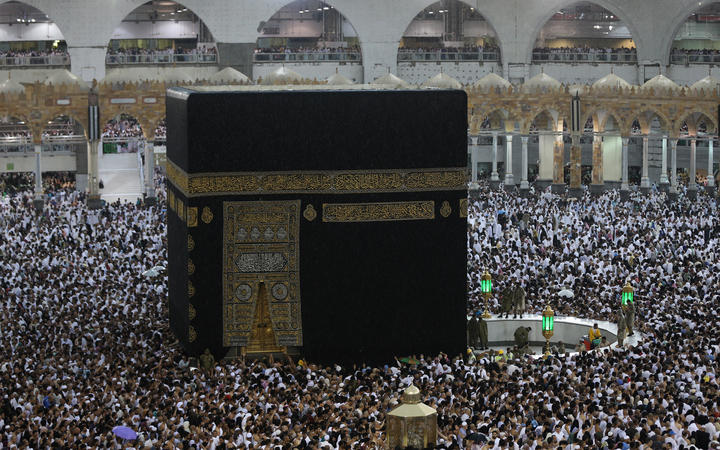 Muslims gather around the Kaaba, Islam's holiest shrine, at the Grand Mosque in the Saudi city of Mecca. Photo: AFP

Hajj is an annual pilgrimage to Mecca, the holiest city for Muslims. It is meant to be carried out by all adult Muslims at least once during their life.

Saudi Arabia has issued a directive saying it would host victims and their families for free during the Hajj season next month.

It said it would pay their expenses as part of its efforts to confront and defeat terrorism.

The directive has come from the Saudi King, who is also the custodian of the Two Holy Mosques in Mecca.

Fifty-one people died in the shootings at Al Noor Mosque and Linwood mosque in Christchurch on 15 March.

In April, a group of 50 people got together to carry out the journey to Mecca as a mark of respect for those killed.

At the time, three members of that group came to Christchurch to meet with the families of those who died.

Each pilgrim dedicated their journey to one of those killed, and filled a personalised bottle with water from the holy Zamzam well at Mecca, and brought with them a Quran inscribed with the names of the people who died.

If the pilgrimage is made during the last month of the Islamic calendar it is called the Hajj, but if carried out at other times it is referred to as Umrah.