A pilgrimage to Islam's holiest city has been undertaken on behalf of the 50 people killed in the Christchurch terror attacks. 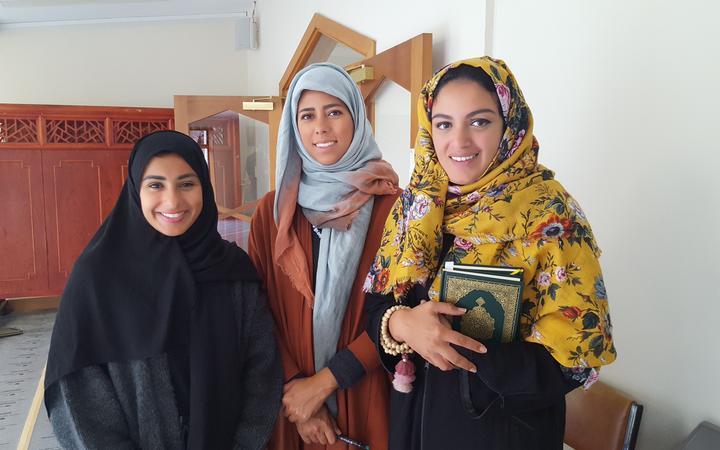 (From left) Haya Al Sammari, Nihal Felemban and Sara Omar have travelled from Saudi Arabia to meet with the families of those killed in the attacks. Photo: Rachel Graham

In Saudi Arabia a group of 50 people got together to carry out the journey to Mecca as a mark of respect for those killed in Christchurch on 15 March.

Now three of that group have come to Christchurch to meet with the families of those who died.

Each pilgrim dedicated their journey one of those killed, and filled a personalized bottle with water from the holy Zamzam well at Mecca, and brought with them a Koran inscribed with the names of the people who died.

In the Islamic religion Muslims are expected to visit Mecca at least once if possible.

If the trip is taken during the last month of the Islamic calendar it is called the Hajj, but if carried out at other times it is referred to as Umrah.

Haya Al Sammari said it was a privilege to help organise the Umrah for those who died.

Haya Al Sammari, Nihal Felemban, and Sara Omar are now in New Zealand as representatives of the 50 people, and are bringing the water from the Zamzam well to the families.

The Saudi women's journey to Christchurch has hit a small hitch with the holy water stopped at the border, but they are confident it will be released to them in a few days and will be distributing it to the families then. 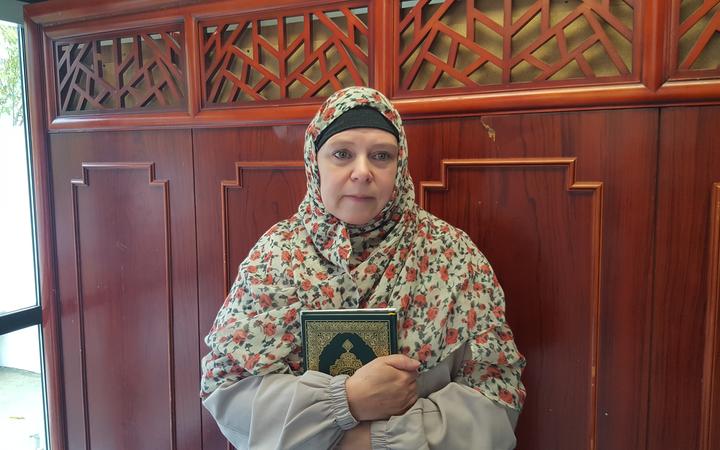 Ayesha Khan's husband, Mohammed Imran Khan, was one of the 50 people killed in the mosque terror attacks. Photo: Rachel Graham

Nihal Felemban said they weren't sure what reception they would get in New Zealand, but have been inspired by their welcome.

"The incident actually backfired. The gunman, or the people who did this, instead of delivering hatred actually brought people together. A very small example is us coming from Saudi Arbaia and we've met other people who came all the way from the US, and others whether they are muslims and non-Muslims, people who don't know these people but they just came to be a part of this. To send a strong message that as much as there is hatred, that the love or peace that people have within their hearts will hopefully overcome this."

Mrs Khan said she was touched by the effort to carry out the Umrah for the people killed.

"Usually you can only get the holy water if you actually go to Mecca, so for them to actually bring that over to us is something very special, and to actually give us Korans with the names of our husbands or wives or whoever has passed away in the 50, it is an amazing thing to do."

Mrs Khan said her husband knew a lot of people in Christchurch, and was always thinking about what he could do for the community.

"He just loved people. He was such a busy busy man, but he managed to give time to anyone and everyone that wanted to talk to him."

She said it had been a very difficult time for her and her 13-year-old son, but the support they had received has been fantastic.

"Everywhere I've had support, whether just someone wanting to hang my washing out, that in itself has been overwhelming. The way we've all pulled together not just the Muslim community but all of Christchurch, New Zealand and beyond."

Ms Khan said she hoped what people have seen is that Islam is not about hate or anger, but about peace and love.