Volunteers in Christchurch are bracing for an emotional day as they embark on the task of removing the more than 100m of flowers and momentos left for people affected by the mosque terror attacks. 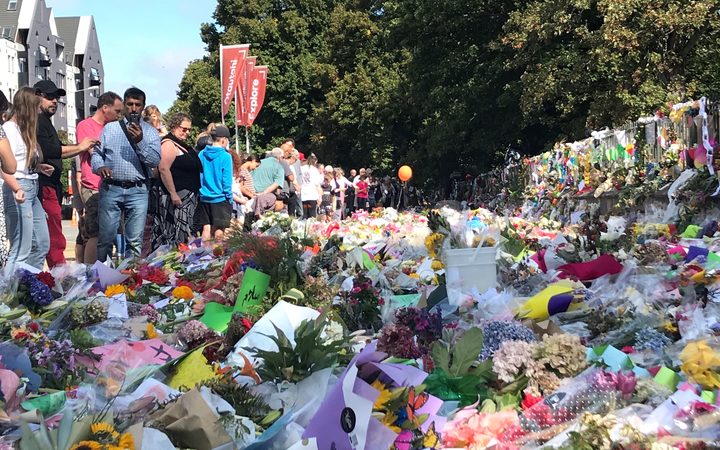 Today the council and volunteers start the process of moving and sorting the thousands of items of remembrance from outside the Botanic Gardens.

The flowers, cards, toys, and notes with messages of condolences and support to those affected by the mosque attacks stretch over around 150m along the front fence of the Botanic Gardens.

The items are becoming wilted and weathered, and about 40 Botanic Garden staff and volunteers are now in the process of clearing and sorting them. 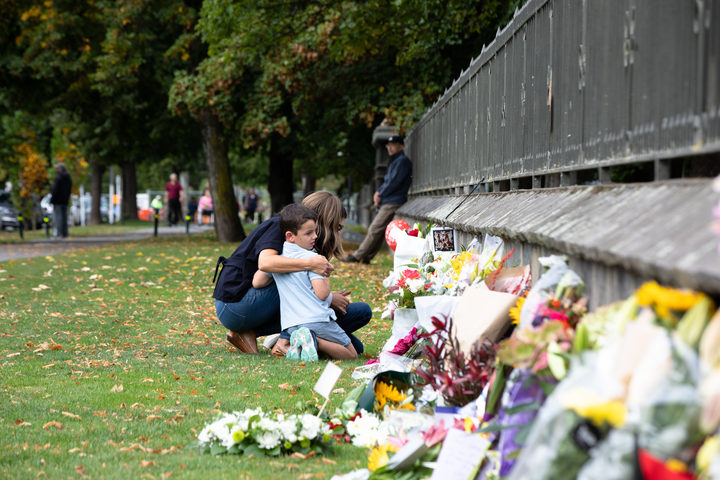 A mother and child at the Botanic Gardens floral wall Photo: RNZ

The volunteers primarily come from the Friends of the Botanic Gardens group and the Student Volunteer Army.

Volunteers Hebe Gibson said she had had an emotional visit to the memorial early on, and wanted to help out with the next stage.

She said she was expecting it to be a tough day.

"I think if there are some cards to read there that it will probably be quite emotional, but even as I biked past I can feel myself getting a little bit emotional."

This morning the council undertook a briefing with volunteers on the process. 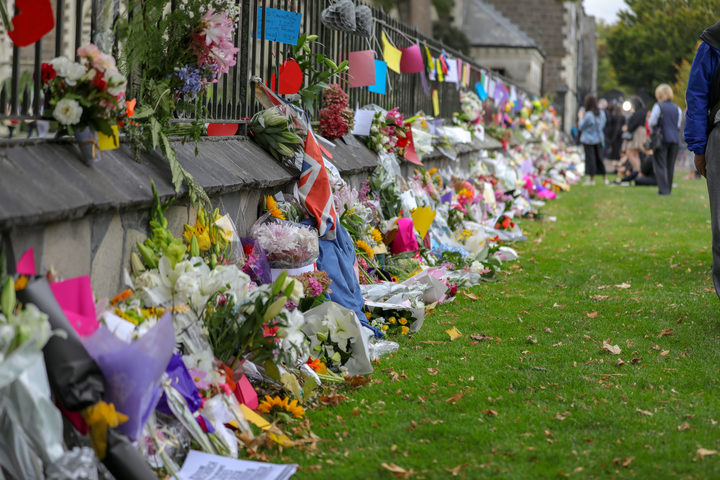 All of the items are being picked through and loaded onto trays, carried over to a room in the nearby Arts Centre, where another team is doing the sorting process.

Messages and tributes to specific individuals or families will be offered to the respective families, while others will be placed in long term storage for possible use at a later date.

The flowers and other organic material will composted and offered to the mosques.

A council spokesperson said the process could take until tomorrow to complete.