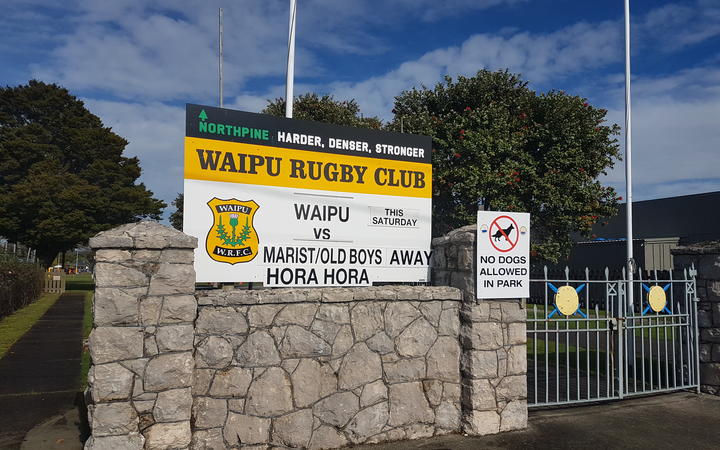 It followed on from the Christchurch collection last weekend, which compensated gun owners $433,682 for handing in their weapons.

The Waipu Rugby and Squash Football Club would host the gun buyback collection from 3pm today, even though it clashed with a junior rugby tournament being held this week.

The Taniwha Cup started on Tuesday and runs until Saturday.

Play was being stopped early today to allow the grounds to be cleared and the police to set up the event.

Stuart Abercrombie from the club said it was a bit of a juggle, but they would manage.

"A little bit of logistics but we've discussed it with the Taniwha Cup people and they're going to be out of here at roughly 2pm and the police will be here at 3pm with the buyback scheme."

"It's quite a tight turn around but it can be done if there's no one else around and the police can have the environment to themselves," he said.

Even though it had taken a bit of organising, the club was a good place to have the event because it was a secure building.

Mr Abercrombie was also a gun owner himself, and would be making sure his guns were legal under the new rules.

"I think it is but I'm going to recheck."

"So that's where I'm at at the moment, and making sure what I think is secure, is secure," he said.

Dylan Jones was another staunch member of the club and also a duck shooter.

He thought Waipu was a good location for the event.

"We can accommodate, we are quite central here."

"So we can accommodate people from over the Brynderwyns or a little bit further north in Mata, it's not that far away," he said.

Away from the rugby club and people on the main street in Waipu, few had heard that the buyback scheme was coming to Waipu.

Marilyn Cox, who runs the Bream Bay News, said she knew about it because the police asked her to put an advert in the paper.

But she had not received any letters to the editors in response to the ad.

"And we do have a lot of wild pigs at the moment, I think the warmer weather seems to have resulted in some fast breeding wild pigs and they are a bit of plague," she said.

Police were unavailable to speak to the RNZ ahead of the event, but would be hosting another collection in nearby Maungaturoto tomorrow.

By which time, the Waipu Rugby & Squash Football Club said it would be back to business as usual hosting the Taniwha Cup.