A Northland iwi leader says the vandalising of cultural statues is disturbing. 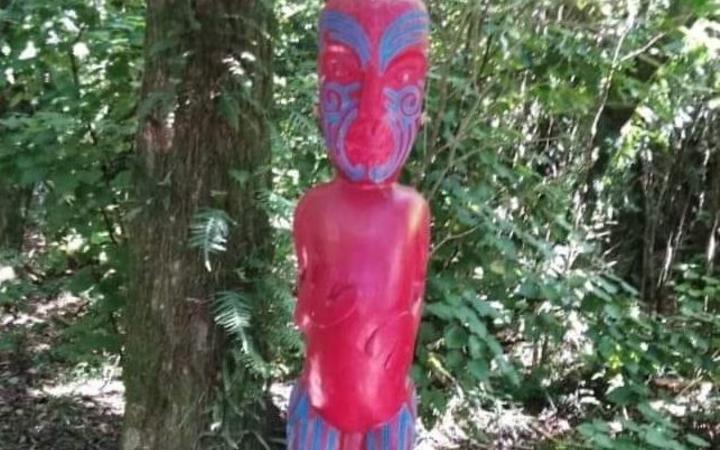 Earlier this year a Rangitāne carving in Manawatū Gorge reserve had its wooden penis chopped off by a local who found it offensive and "too big".

Last week in Gisborne a statue of James Cook had the words "Thief Pakeha" and "This is our land" scrawled on it. 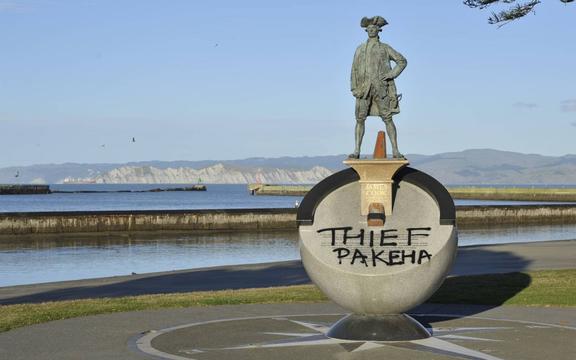 "As it begins to happen and a sense of pride begins to grow within our Māori community and we express that pride with art pieces and iconic symbolism, people begin to object to it and I think it's more old colonial thoughts coming through in an inappropriate way."

Mr Piripi said there is a 1000 years of history of Māori occupation of this land and it ought to be respected.

He makes a distinction between the Manawatū Gorge reserve carving being defaced and the graffiti on the James Cook statue.

"In the case of Cook I think it can be clearly established that Cook was the beginning of the colonisation period of this country and everything that came with it, but in the case of the carving in the Manawatū, it was penis envy and that's a very different scenario, that's an attack on culture, it's an attack on history where as the graffiti is more about a message than an attack, I think."

But Mr Piripi said it is disrespectful to deface any cultural statue - including the one of James Cook.