A statue of Captain James Cook has been vandalised in Gisborne, causing a stir online. 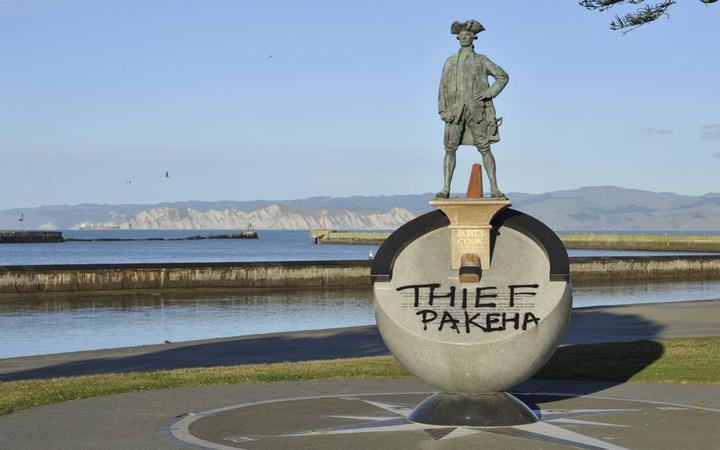 The statue which is at the reserve at the Customhouse Street end of Awapuni Road has been scrawled with graffiti.

The black spray-painted words say "Thief Pakeha" and "This is our land".

Comments online were divided, with some supporting the vandalism - saying it exposed the truth of Cook's actions - and others with opposing views. 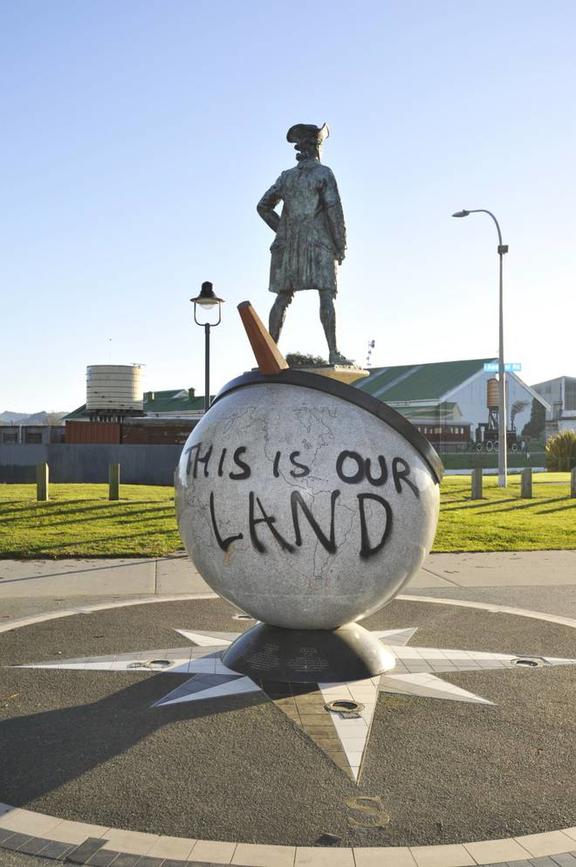 Graffiti on the statue was removed by the council today. Photo: Supplied

A Gisborne Councillor said the vandalism of a statue of Captain Cook was an act of activism that prompted debate about New Zealand's history.

Local councillor Meredith Akuhata-Brown drove past the statue, which is in quite an open and public space, this morning and said although the statue had been vandalised before this was the most bold she had seen.

"Somebody is wanting to say something strongly on this issue that is trending in our region, part of me just thought 'well, I am not pro-vandalism but it is activism to some degree'."

"I am really pro us having these courageous conversations to unpack the feelings, the emotions and actually understand why this promotes such aggressive behaviour," she said.

"It is based on history and it's based on that history never being given a chance to be spoken of, talked about or understood, and people want that."

A council spokesperson said the spray paint had been removed, and security footage given to police.

Another statue of Cook, which was subject to frequent vandalism, was this year moved from Tītīrangi Hill in Gisborne to the local museum.

This year also marks 250 years since Cook first landed in Tūranga Nui a Kiwa - which he labelled "Poverty Bay".

The commemorations will see more than $20 million being spent on events and resources to mark the anniversary, but have been met with strong opposition from Māori.

Artists are also organising anti-Cook exhibitions to run at the same time, with growing numbers vowing not to participate in the events which start in October.