Former ACT MP, National MP and Auckland City mayor, John Banks, would prioritise reining in Super City spending if he was to run for and win the mayoralty. 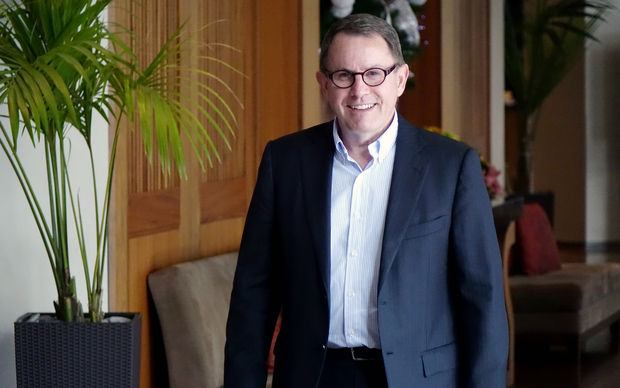 He told Morning Report he has yet to decide whether to run again but expected to make up his mind in the next 10 days. He agreed he was building a team "by the day" but he was not yet ready to declare his candidacy.

"People are angry with the waste and furious at the marginalisation of the community to the council so there's an opportunity here... I love Auckland and I think it's about time someone stood up to the plate and at least held all the other candidates accountable."

He said he wanted to make sure he had "the cut-through" to gain enough support. "I'm not about going into a race I can't win..."

Mr Banks said his priorities would include holding the council-controlled organisations, such as Auckland Transport, to account instead of them being allowed to behave in an arrogant manner.

If elected, he would chair the Auckland Transport board so that citizens had a direct link to the top of the organisation.

He said all the ratepayers of the city needed to be treated fairly. The ratepayers of Rodney and Franklin felt marginalised which could be fixed by listening to their concerns and letting their local boards have more autonomy.

It was a time for fiscal restraint, he said, with Greater Auckland now owing $9 billion.

Pressed to declare he was definitely standing for mayor, Mr Banks said he still needed to do some consultation.

"I"m going to go out on the street, onto the doorsteps and ask people what they expect of the council ...I'll go into the supermarkets, I'll go on the buses, I'll talk to people, I'll understand the concerns of Auckland...