Local cannabis growers could miss out on what's predicted to be a multi-billion dollar medicinal cannabis industry because of expensive licensing fees. 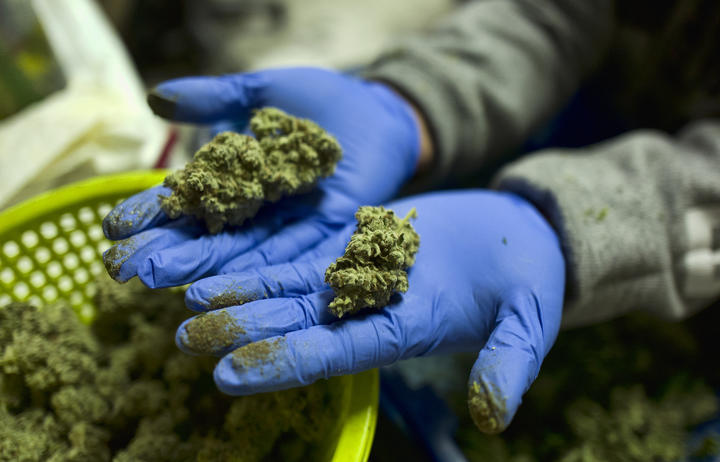 As the government develops a medicinal cannabis framework, the Minister of Health David Clark said he was keen to see New Zealand companies benefit.

Hikurangi Cannabis Company, which is building a manufacturing plant in Ruatoria, was formed to ensure that locals in the small East Coast town were able to grow high-quality crops on their whenua - but chief executive Manu Caddie said the high fees may make that difficult.

"Sixteen thousand dollars for a micro-cultivation licence is a huge amount of money for a single whānau to put up on top of all the other costs involved in getting security and proper facilities in place."

"Having said that, there's hopefully good money to be made but that will be a barrier to begin with when no-one's making any money."

Those costs are based on estimates that six small growers, and 10 large growers will apply for licences, and that only a third of those will apply for renewals.

Those estimates were too low, which could explain why licensing fees were so high, Mr Caddie said, as he'd already had interest from 50 potential cultivators.

People with a drug conviction are also unable to obtain a licence for growing or manufacturing cannabis - although the clean slate legislation applies, so convictions older than seven years won't stand.

Mr Caddie said that meant some people with expertise couldn't get involved and there should be ways around this.

"A cannabis conviction in some ways is a qualification for working in the industry and I think there's probably ways for those who may not be eligible under the current proposal to be enabled with support from their community, if you got a justice of the peace or the local police commander to vouch for them to say these are good people."

Chris Fowlie, chief executive of the medicinal cannabis research company Zeacann, agreed the current fees were cost-prohibitive, and that licensing rules on those with drug convictions were too strict.

But Ross Bell from the Drug Foundation said restrictions on who could enter the market would help avoid a "gold rush" of medicinal cannabis.

"I don't think there's going to be such a massive industry that we could expect five, six or seven major players in the industry. What we've seen happen in Australia is that a lot of companies got quite excited about the medical cannabis market and it hasn't generated a lot of business for them."