Around 200 people marched up Auckland's Queen Street today to protest against millions of cubic metres of what they call "toxic dredge sludge" being dumped off Great Barrier Island's coast. 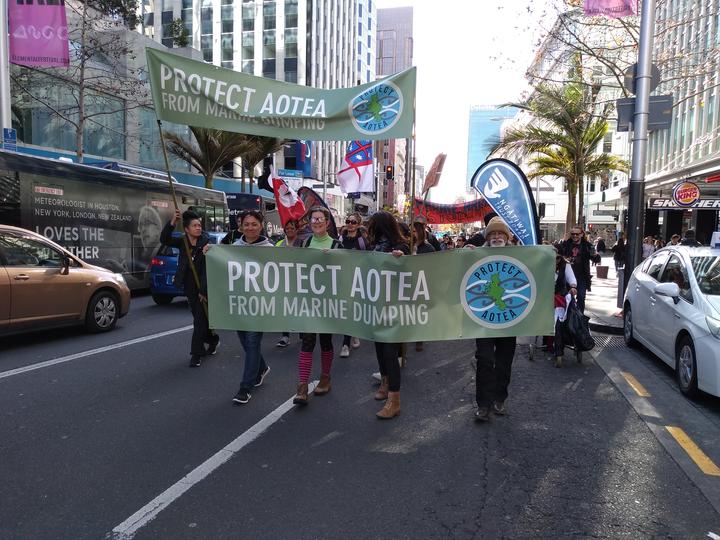 About 200 people protested in Queen Street in Auckland over the dumping of waste near Great Barrier Island. Photo: RNZ / Amy Williams

They carried placards and paintings of the sea up the city's main street to oppose the Environmental Protection Authority's decision to allow the company Coastal Resources to dump 250,000 cubic metres of material every year for the next 35 years, dredged from developments in Auckland and Waikato.

The first batch would include 70,000 cubic metres from the America's Cup development. 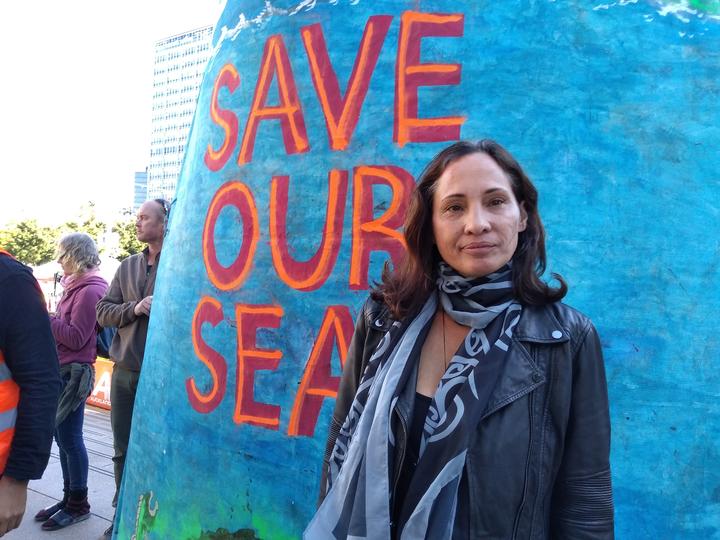 Protest organiser and Great Barrier Islander Kelly Klink said they wanted the country to know what the protection authority and Coastal Resources were planning for their marine life.

"They aren't protecting our environment, there is no protection going on. They're actually going to be destroying our marine life out there and the environment out in the waters," she said.

"They're increasing the toxic dredge sludge from 50,000 cubic metres to 250,000 and you can look at that like eight litres of toxic sludge being poured into our waters every second for the next 35 years. That's very alarming and concerning for us." 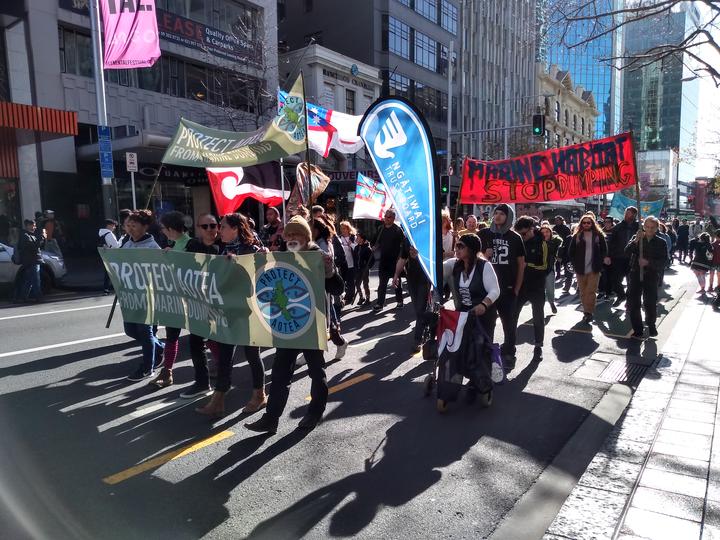 Ms Klink said the sea was part of their life on the island and protecting the waters was crucial.

"It's extremely important because we don't have supermarkets, we rely on the water for sustenance and to gather our kaimoana. We rely on it heavily and we need it."

Two separate appeals to the protection authority's decision have been lodged in the High Court - one from the Society for the Protection of Aotea Community and Ecology; the other from Ms Klink, a member of the iwi Ngāti Rehua-Ngātiwai ki Aotea. The High Court is due to hear the case later this month. 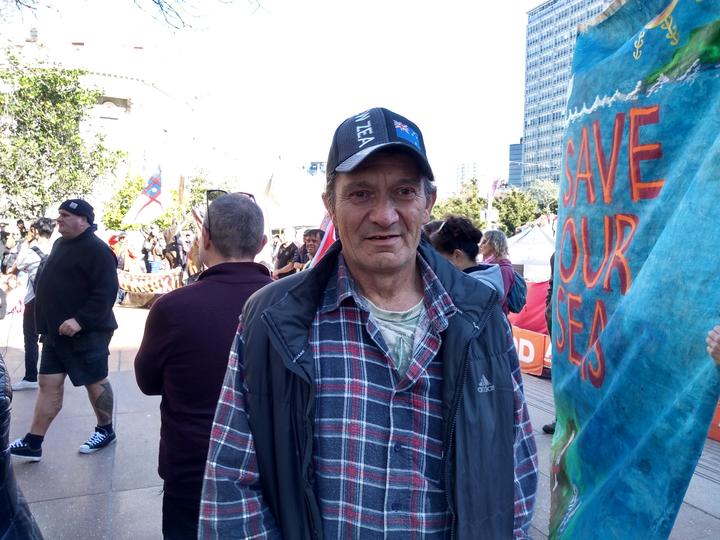 Great Barrier Islander Opo Ngawaka, who has lived on the island all his 63 years, said the marine life needed better protection.

"We've always opposed it because we know it's not a good thing for our marine life. For us who've lived there for a long time, we know the outcomes of these things. Whether there's a positive outcome from a scientific view doesn't matter, because we know that we'll end up paying the price," he said.

In March, the Environmental Protection Authority told RNZ it did notify a number of iwi authorities and groups with protected customary rights, including the Ngāti Rehua-Ngātiwai ki Aotea Trust, the trust board of Ms Klink's iwi.

It did visit the island and engaged with the Great Barrier Island Local Board, a spokesperson said.