Residents on Great Barrier Island are going to the High Court in a bid to stop millions of cubic metres of Auckland waste being dumped off their coast. 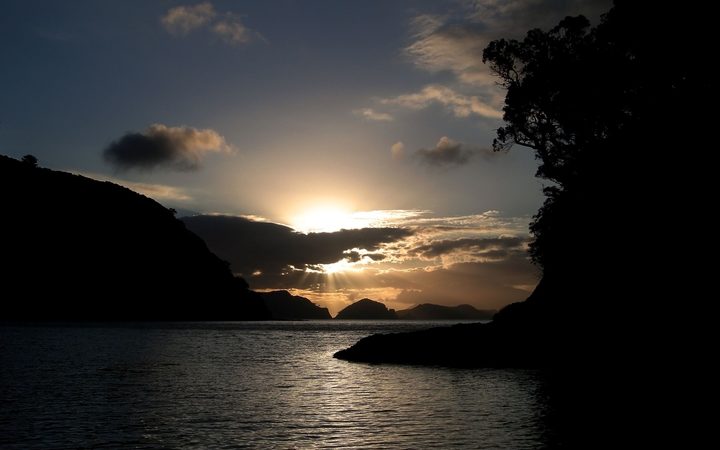 Residents on Great Barrier Island are going to the High Court in a bid to stop millions of cubic metres of Auckland waste being dumped off their coast. Photo: 123RF

The Environmental Protection Authority has allowed the company Coastal Resources Limited to dump 250,000 cubic metres of material every year for the next 35 years dredged from developments in Auckland and Waikato.

The first batch would include 70,000 cubic metres from the America's Cup development.

Two separate appeals to the decision have been lodged in the High Court - one from the Society for the Protection of Aotea Community and Ecology; the other from Great Barrier islander Kelly Klink, a member of the iwi Ngāti Rehua-Ngātiwai ki Aotea.

Ms Klink said the vast majority of the island's 1000 people were disgusted and angry at the decision.

The dumped material would disrupt hāpuka fishing grounds, which had been used for generations, and wash back onto other wāhi tapu (sacred places), she said.

"There are no supermarkets here, we don't have access to food, we don't have power so a lot of people rely on the water, not only for fishing for themselves but for income as well," she said.

Coastal Resources Limited was already allowed to dump 50,000 cubic metres but the latest consent allows five times that amount every year for 35 years.

Great Barrier Island local board chairperson Izzy Fordham said she never expected they would get consent for so much more.

"People were absolutely appalled and disgusted to be perfectly frank. There was next to nothing [in] regards to consultation on this to begin with," she said.

The island comes under Auckland Council authority but is a four-hour ferry ride, or a flight from the mainland.

"Yes, we acknowledge we're part of the Auckland region but it doesn't make it right that you dump it in someone else's back yard," she said.

Part of Ms Klink's appeal said the decision breached Treaty of Waitangi rights but she said it was not just an issue for Māori.

"This has really brought the community of Aotea/Great Barrier Island together, that we are one people, Māori and Pākehā, fighting the injustices that are going to be happening in our area," she said.

The Environmental Protection Authority said it did notify a number of iwi authorities and groups with protected customary rights, including the Ngāti Rehua-Ngātiwai ki Aotea Trust, the trust board of Ms Klink's iwi.

It did visit the island and engaged with the Great Barrier Island Local Board, a spokesperson said.