Online shoppers are being warned to be vigilant with deliveries after reports of thefts of parcels from letterboxes.

RNZ has spoken to people in Auckland and Christchurch reporting items going missing.

Charlene Scotti first knew that her recently ordered clothing purchase had been stolen was a call from a neighbour saying her entire locked letterbox had been ripped off its post and taken.

Living in a semi-rural part of west Auckland, she had not checked the mail since the day before. 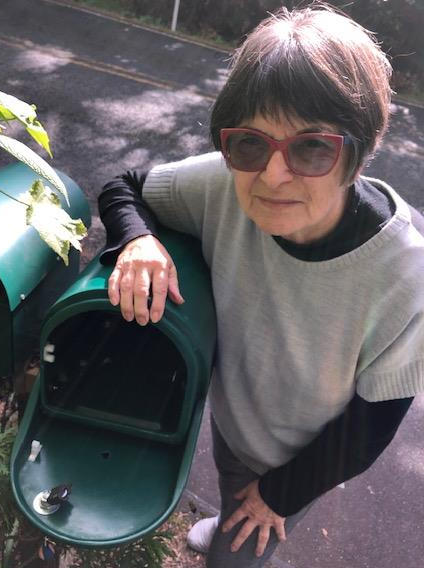 She said the thief either followed the courier van and saw the package being delivered, or waited until nightfall and peered through the slit to see if there was something inside.

"[I feel a] little bit vulnerable, I guess because we don't live where we can see our letterbox. We were about 400 metres off the road. And also it's a really exposed area on the road. So, you know, it took somebody who really was interested in pursuing their endeavour to get there."

Ms Scotti had no joy with New Zealand Post which said that while her parcel was tracked, it was not delivered by a courier who would have brought the item to her door.

She now had a new letterbox which her husband had bolted securely to the post.

Others in her part of the Waitākere Ranges had also noticed goods ordered online going missing.

"About a month later, there were a couple comments about seeing someone wandering down one of the side streets carrying an item that people had been reported as not being delivered to their house and some you know, just strange people hanging about and looking at letterboxes."

The most frightening case involved a pair of marino booties which were stolen from her unlocked mailbox.

She was home when they were delivered, then stolen, which she thought happened within the space of just nine minutes.

"My understanding is that they follow the couriers on bikes or in cars and just as soon as the courier turns the corner they just jump in and grab it.

"It's actually quite nerve racking because our property isn't down a long driveway. We're right on the street. So knowing that somebody is out front right near our house, stealing things when it's me at home with my baby, it's actually quite scary."

She has now bought a lockable mailbox.

"So just be vigilant. This is actually happening so if you do have an authority to leave make sure you've got a secure letterbox or get it redirected to your work if you're not at home."

A police spokesperson said people should ensure they were home when goods were being delivered and if they could not then they should arrange to pick them up from a depot.

They asked for any suspicious behaviour such as cars following courier vans to be reported to them.

A New Zealand Post spokesperson said people could direct couriers to leave items in a safe place or ask to pick them up from a mail centre.

They advise people to put a lock on their letterboxes.