Most of the country awoke to frosts today, with Hanmer Springs residents most entitled to shiver - their temperature was down to minus 6.8 degrees. 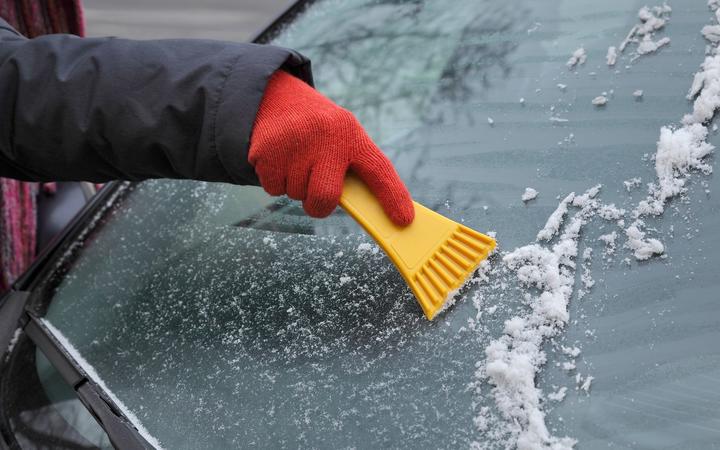 It was not quite the coldest night of the year - last Wednesday Pukaki in the Mackenzie district dipped to -7C overnight.

It was very cold in Central Ōtāgo last night too, with Ranfurly recording -6.3C deg, Lauder -6.2C and Clyde -5.9C, according to Niwa. It gives "an honourable mention" to Auckland, where the temperature was 0.8Cdeg.

Niwa predicts an even colder start for most centres tomorrow.

So who was coldest on Wednesday morning?

Auckland gets an honourable mention at 0.8˚C.

MetService is also expecting frosts tomorrow with several centres, including Blenheim, Masterton and Taupō in the negatives this morning.

Good morning New Zealand. Observed temps show just most of the country felt a frost this morning, and with the ridge persisting, we can expect the same tomorrow morning! ^RK pic.twitter.com/qvUJlUL5jj

MetService said five more days of a ridge covering the country means people can expect chilly or foggy mornings and bright sunny days extending to the weekend, however, it said Wellington's notorious wind can continue to blow even under a broad ridge.

1st rule of forecasting: will tomorrow differ from today? 5 more days of this ridge means chllly or foggy mornings and bright, sunny days for most through the weekend. It also shows Wellington gets windy even under a broad ridge! https://t.co/gkmaaeL99g has the details ^RK pic.twitter.com/VIYpsoD7Xu

MetService says persistent highs over the upper North Island for the first six months of 2019 have produced a record dry January-to-June period for Northland, Auckland and Waikato.

Northland was worst off, with the driest January-to-June records broken in Kaitaia, Dargaville, Whangārei and Kerikeri. Pukekohe and Hamilton have also experienced record dry totals.

Kerikeri has recorded 449mm of rain so far this year, only 52 percent of its normal. This is the driest January to June period there in records since 1935.

Pukekohe has recorded 317mm of rain, only 55 percent of its January to June normal.

Hamilton Ruakura has recorded 276mm of rain so far this year, only 53 percent of its normal. This is the driest January to June period there, a notable record, MetService says, because records started being kept in 1905.