Police have announced 192 collection events for banned weapons over the next three months. 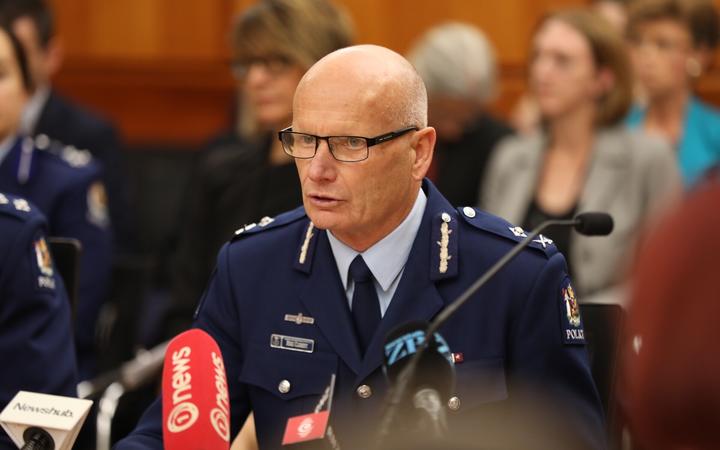 Deputy Police Commissioner Mike Clement speaking to a parliamentary committee in April 2019 about the types of weapons being banned. Photo: RNZ / Ana Tovey

The government last week set out compensation for weapons handed in as a result of the tightened firarms laws following the 15 March mosque attacks in Christchurch.

The first collection will be at Riccarton racecourse in Christchurch on 13 July.

Police said the list of venues and times on its website was for the next three months, and more dates would be added until the amnesty stops on 20 December.

The events will be in a range of venues in cities, towns and rural communities and across as many weekends as possible, Deputy Police Commissioner Mike Clement said.

"We want to make it as easy as we can for people to do the right thing and hand in their firearms," he said.

Mr Clements said "strong safety measures" would be in place at the collection venues.

He said people should fill in an online notification form, and check the website for information on attending the events and any updates.

A list of retailers and dealers who will be able to collect firearms on police's behalf will be announced in the coming weeks.