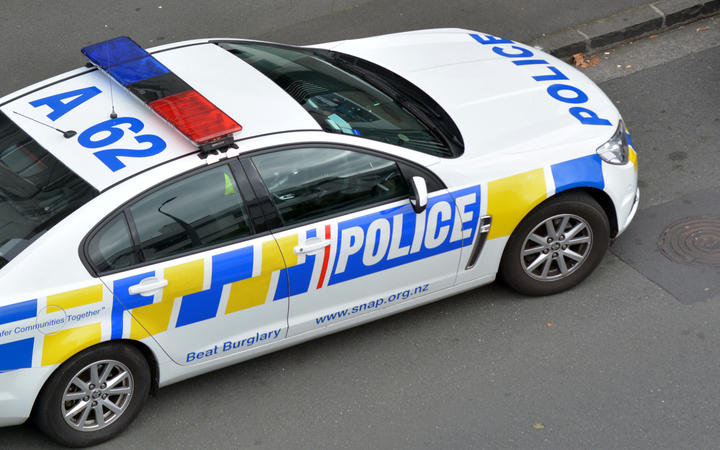 The police pursued and spiked a speeding car on St Lukes Road in March before a dog handler presented pepper spray at a man during the arrest.

The man complained the dog handler used derogatory language and kicked him in the head.

In its findings, the IPCA said the police officer used offensive language and accepted the man received a blow to the forehead while being restrained.

It says the dog handler acted unprofessionally and fell short of what was expected for a well-trained police officer.

The decision said the man - identified as Mr Z - was asleep in the back of the car when it was spiked.

He remembered being told the get out.

"I just felt [police] like slamming me on the ground … holding me down, pinning me down … on my back, one on the back of my head … they were just treating me really like a dog…"

The man told the authority an officer told him to stop resisting. When another officer arrived, she found the first officer crouched over the man's head with a knee on his shoulders, presenting pepper spray at the man on the ground.

A third officer arrived on a motorbike, to see the two other officers struggling to restrain Mr Z, who was eventually handcuffed and helped to his feet.

Once in the police car, one of the officers told the handcuffed man to "f*** off back to whatever island you came from".

The officer later resigned from the police and did not respond to requests for an interview.

Another officer told the authority the language used by one of her colleagues was "racist ... derogatory ... it wasn't professional and it was very unnecessary as the male wasn't aggressive ... just distraught."

The authority found the officer who restrained Mr Z acted unprofessionally during the course of his arrest.

"He inappropriately threatened [him] with the use of pepper spray and used offensive, derogatory language towards him. [The officer] failed to act in a manner that would be reasonably expected of an experienced, well-trained police officer."

Auckland City District Commander Superintendent Karyn Malthus said police had acknowledged the IPCA's findings and wanted to make it clear that using offensive or derogatory language was completely unacceptable and not in line with police values.