An Auckland footballer has been banned for a season for spitting on a referee, with two sides removed from competition for abusing match officials. 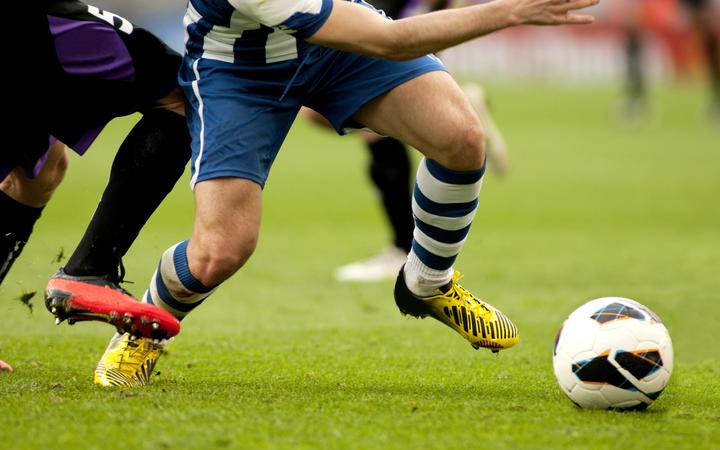 Manukau City Football club has pulled its division one men's team from the competition because of the attack on the referee.

Another senior men's side, Ranui Swanson Football Club, has been forced out after a serious offence on 15 June.

Ellerslie AFC chair Tim Adams said a Manukau player spat at the referee when the side were down 6-2 against his club towards the end of May.

When the player was red carded, two others began abusing the referee and were also carded.

"[The referee] abandoned the game because the players he sent off wouldn't leave the field, so he left the field and locked himself in the changing room for his own safety and called someone from Auckland Football to come and help."

He said the referee was a young man of about 20 who used to play for his club.

"He's still refereeing, I think he took a weekend off afterwards but he's back on the horse. I think that kind of thing shook him a little bit but I don't think he's put off which is great because it was a scary incident."

Since then the three players red carded have been suspended by the Auckland Football Federation (AFF) which is in charge of the competition. The player who spat has been given a season-long ban.

The game was at the more extreme end of the abuse, Mr Adams said, however unfortunately it had become common to let a referee know if a decision was disagreed with.

"Hopefully with the sanctions and all the following media reports about it players are going to try and rein themselves in and control themselves, that's always the idea with the likes of fans, supporters and coaches."

As well as suspending the three players, the Manukau City Football Club has withdrawn the team from the AFF Division 1 competition.

"There were actually a few different factors, namely the incident that happened, but also another player was playing for that team but actually wasn't from the club, there were defaults the week before.

"It's also definitely a message that this kind of behaviour won't be tolerated."

However Ms Fowler said it was an isolated case and the team was new to the club.

"I think that it's really important clubs do promote the treatment of referees and volunteers associated with the game.

It banned the team for what it said was a "serious incident" on 15 June, and had already warned them to behave at the start of May.

Ranui Swanson Football club president Tracy Smith said in a statement that it had been alleged a non-playing member of the club had abused a match official and they were working with Northern Football to resolve the matter.

The chief executive of Auckland Football, Steven Upfold, said everyone needed to do their part to ensure players, supporters, and club members knew what behaviour was acceptable.

"In all community sport I think respect for opponents, respect for match officials, and respect for volunteers is something that can increase across the board."

However he said there hadn't been an increase in reported problems, and it was a minority casting the game in a bad light for the majority.

"It's incumbent on everyone who is involved in the game to take responsibility for their area. From a player and a team perspective it's about ensuring everyone involved in your team understands what they're there for, what the purpose of their competition is, and what the level of conduct is that everyone within that group would support or want to be a part of.

"The club then reinforcing their ethos on what they expect from their members and then Auckland Football doing its role in ensuring that the regulatory framework is upheld and the ongoing education of everyone - players, supporters, referees, club members etc - is in place to be able to increase the ability of clubs to deal with this before it happens rather than afterwards."

He said there was a strong network of support for referees who experienced bad behaviour.