A house bus at Wellington's Tapu Te Ranga Marae has been destroyed by fire - the second blaze there in 10 days.

Fire and emergency arrived shortly after 9pm yesterday and put out the fire within half an hour.

Shift manager Scott Osmond said everyone on the house bus managed to escape.

"When we got there we found a bus on fire. Now, it's not a service bus, it's obviously like a house bus that someone was living in, like a caravan.

"The bus was well involved in fire, there was no one injured, the people in the bus were out safely, by the time we got there.

Mr Osmond said the fire was suspected to have been started by a wood burning stove and Fire and Emergency would not be investigating the matter further.

Tapu Te Ranga Marae's main building was destroyed by a fire on 9 June. 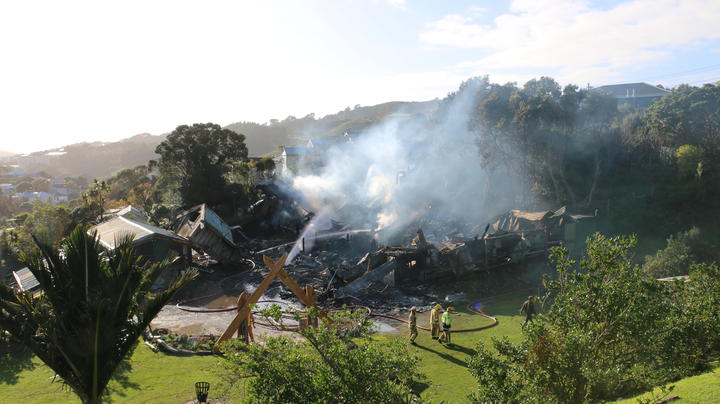 The main marae was destroyed in a fire. Photo: RNZ / Meriana Johnsen