Kura kaupapa Māori in Tauranga are crying foul over continued requests for their students not to speak te reo Māori on the netball courts. 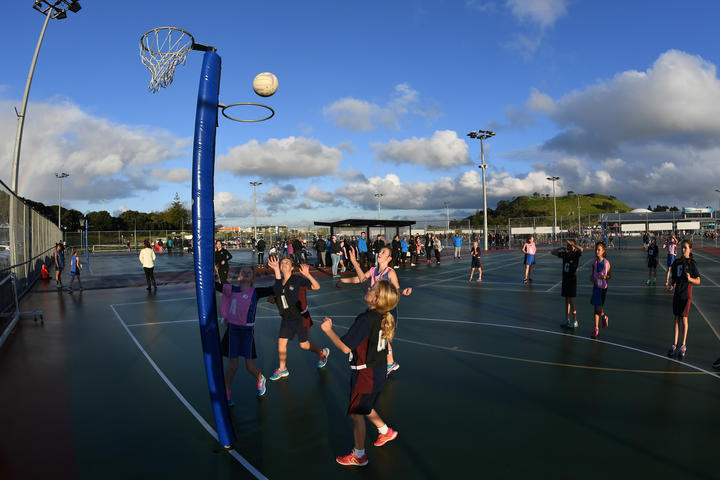 On Saturday morning last week, Te Kura o Matapihi tumuaki Tui Rolleston said it was asked that their students, who were all about 10 years old, stop speaking te reo Māori.

"During the game, the coach of the other team approached our coach and asked her if she could instruct our tamariki to speak English," she said.

"To which she responded no, and the other coach then asked why, why not, and she quite calmly responded saying because that's the language our children speak."

Ms Rolleston said the tamariki speak Māori to one another to call for the ball, say they are free and to cheer each other up during the game.

She said she was disappointed by the requests, and people need to be more supportive of te reo Māori.

"It makes you actually a little bit upset really to think that people are out there requesting that they don't actually speak te reo Māori. A little bit sad too."

Te Wharekura o Mauao said while most people were supportive of te reo, it also received complaints from parents and coaches of other teams about speaking Māori on the courts in Tauranga.

Netball coordinator Jaime Allen said two formal complaints were laid against the kura last year, claiming te reo Māori should not be spoken during the game because the other school did not know what was being said.

They also field informal requests and comments about te reo at the games.

"I feel some of the feedback that we get is very cruel," she said. "It is unfair and shows the ignorance that is still out there.

"I never ever want that to hit the ears of our babies - we are trying to revive our language, we are trying to maintain - to carry forward - what we know, what we have been given and these are the road blocks that we come up against."

Ms Allen raised the complaints at a Harbourside Netball AGM in November last year, and meeting minutes show that the committee ruled there would be no restrictions on the use of te reo at netball.

But she said they had received another complaint since then, and the incident with Te Kura o Matapihi suggests that more needs to be done to spread the message.

"If we have the head honchos at Netball New Zealand speaking and being accepting of te reo Māori and te Ao Māori, that will filter down through the ranks to grass roots level."

Ms Rolleston agrees, and said another good step would be to have te reo Māori or bi-lingual signage at local netball courts, and for netball officials to learn and speak a few Māori words themselves.

She said her netball team has learned an important lesson about ignorance towards te reo Māori, but they will hold their heads high when they take to the court for their next game tomorrow morning.

Netball New Zealand is backing the use of te reo Māori on the courts and said there are no restrictions on speaking Māori during a game.

Netball New Zealand Head of Events and International Kate Agnew said they support players and families speaking te reo Māori on the court and the sidelines.

She was not happy that the kura had been told that they should only speak English during games.

"Just to try and be absolutely clear on this - we absolutely recognise the value and importance of te reo Māori and the special, unique feature that te reo affords New Zealand," she said.

"There is some disappointment that an issue like this has even come up at all. It makes me quite sad."

Ms Agnew said there are no rules which restrict the use of te reo Māori in netball, or suggest that rulings can only be delivered in English.

"Quite clearly, this is something that we need to go back and revisit, and go back and reinforce the position of Netball New Zealand."

She said the Te Wānanga o Raukawa Pulse team wear bi-lingual bibs and are vocal in their support for te reo Māori - a stance backed by the organisation.

The kura are calling for bi-lingual signage and announcements at netball centres around the country to make it clear that te reo is accepted.

Ms Agnew liked the signage idea and said she would look into that, and consider other practical solutions to ensure the centres are all on the same page about te reo.

"I would like to say that they should be proud of their ability to speak te reo and encourage them to continue to do so."