District health boards are a sector in drift and they're drowning in a sea of red ink, the Opposition says.

Latest financial results for all 20 DHBs for the year to the end of March have just been published by the Health Ministry.

DHBs' collective financial position has deteriorated by $13 million over the past month, ending in a total forecast year-end deficit for all DHBs of $390m.

In noted with the details, the ministry said that figure was "expected to be conservative".

It hinted at the difficulty facing DHBs in climbing out of their deficit hole, saying that their average spend for the three remaining months of the year "would have to be less than the past nine months to meet budget".

It stated that on past experiences, that was not expected to be the case.

When questioned at Parliament yesterday by National's health spokesman, Michael Woodhouse, about the DHB budget blowouts, Health Minister David Clark said DHBs have suffered from a legacy of under-funding and it would take more than one Budget to recover.

He said DHBs need to "map out a path to [financial] sustainability".

However, Mr Woodhouse said the latest data on DHBs' financial performance was the first since January, and it was not good enough.

"I think there is a lack of leadership in the sector being provided by the government who talk in well-meaning platitudes but have taken away the very expectations for both financial and clinical performance that the previous government had in place," he said. 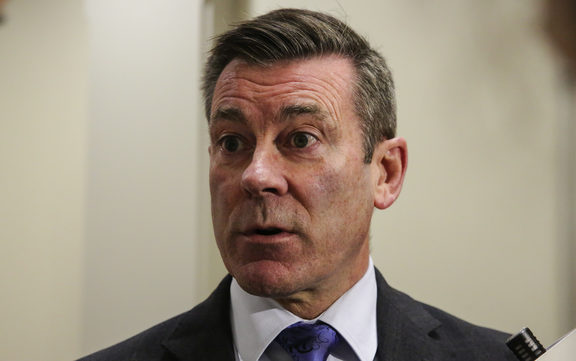 Mr Woodhouse said Labour promised to be a more transparent government but proved "slower and less transparent in the information that's so important to understanding how well the health sector is going. But my sense is this is a sector in drift, it is drowning in a sea of red ink, and it needs leadership urgently."

The ministry also said if DHBs were to meet the net deficits they outlined in their annual plans, they would need to make significant efficiency improvements between late March and the end of June.

"If DHBs spend to budget for the remainder of the year or fail to achieve revenue targets, a higher deficit than planned is expected," the ministry said.

Other key features of the results show that capital expenditure by DHBs was $200m less than expected.

This included under-spends of $55m on buildings and plant, $74m on clinical equipment, and $54m on information technology and software. On the latter, the ministry said historically, spending by DHBs has tended to be below budget because of delays in projects getting under way.

Also worrying is delays by DHBs in migrating to a new potentially cost-saving Finance, Procurement and Information Management System.

Information is scant, but the results say: "With only nine to ten DHBs expected to implement the new system, there is expected to be a $22-$27 million asset impairment cost for the other ten DHBs."