Workers in public hospitals are looking at proper pay rises after years of incremental increases of just a few cents an hour. 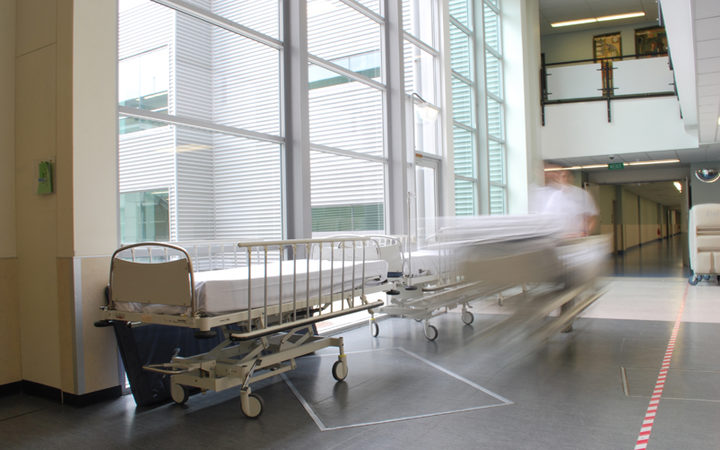 A Multi-Employer Agreement, or MECA, has been signed between the country's 20 District Health Boards and the E Tū Union.

It means pay rises in some cases of more than 40 percent over the next three years and a commitment to staff to get them better trained and qualified.

E tū national hospitals' coordinator Sam Jones said this was a fantastic outcome for members who had struggled with costs rising faster than their wages.

"It'll be easier for people to pay the bills and feed their families properly so they're healthier and happier."

She is looking at over $2 an hour extra in her pay packet when the deal comes into force, which she hopes will be soon.

She said her co-workers asked her the same question every day in the morning and the afternoon.

"But it would be nice to get it before Christmas."

The pay increases will be back-dated to July this year, and by 2021 Ms Pirigia's pay will have increased over 32 percent, to $25.50 an hour.

That's similar for workers right across public hospitals - cleaners, laundry workers, orderlies, catering and security staff - but depending on their qualifications, or lack of, others are looking at an increase of nearer 40 percent.

Auckland District Health Board chief executive Ailsa Claire, spokesperson for the MECA, said the E tū union and the DHBs had worked well together to secure a "game changer for the staff".

She said it was not just the money that was important but the deal also included a commitment to formal training and support getting qualifications.

This had been a long time coming, Ms Pihingia said.

"It's a help for our financial woes in all aspects, because under the other government we were only getting a couple of cents. But this one is a boost and good boost to morale for some of our cleaners who have been there for years."

"For many patients, the people that they remember are the receptionists, the people who clean the rooms, the people they see on a regular basis. So the fact that their moral will be high, that they see this as an opportunity for careers, will make an overall impact on how the DHBs function."

But DHBs will have to find the cash to pay staff out of existing budgets.

When asked if it might mean a shortfall elsewhere, Ms Claire said they made a clear commitment to low paid workers when they entered into talks a year ago and they had already been budgeting for it.

"We're always challenged in having to prioritise."

Health Minister David Clark did not answer whether there would be more government funding for DHBs to compensate for the pay increases, but did say Labour campaigned on lifting wages.

In a statement he said he expected "fairer pay will have a positive effect on this workforce and benefit the sector."

E tū is now moving to bring the major DHB contractors - like Spotless, ISS, Compass and OCS - in too.

Mr Jones said they had been negotiating the same way since 2008 and was confident the private contractors would be on board shortly.

"We don't tend to have too many problems once the money's secured and the settlement's done with the District Health Boards."