A union believes health workers are owed more than $45 million for years of underpayment of leave and shift allowances by district health boards (DHB) that are still carrying on. 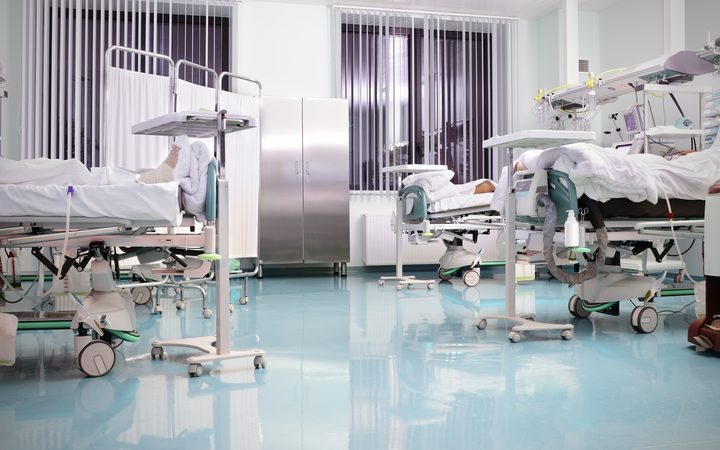 But the health boards do not accept underpayments have been proved, even after working on the problem since 2016.

None of the 20 DHBs have run the audits required to catch any payroll breaches and assess which staff needed repayments dating back to May 2010 because they and the unions failed to agree on an approach.

Deborah Powell, who represents junior doctors as part of the Association of Professional and Executive Employees, said there were constant delays.

"[The DHBs] are trying to avoid paying the money out; that's the only thing I can think of."

She said people familiar with how police dealt with similar payroll breaches estimated DHBs owed staff more than that.

However, her association would not push for the Council of Trade Unions to end the talks and call in the labour inspectors.

The New Zealand Nurses' Organisation also said it would not wait another month. Agreement was close in late 2017 but had since regressed, its spokesperson Christin Watson said.

"We know that the chief financial officers of the DHBs expressed a high level of concern in the second half of last year."

The auditor-general has been asking since 2015 for the DHBs to outline how they are assessing the risks and accounting for any liability.

"For some DHBs we know there is very large-scale non-compliance [at] some of the largest DHBs," Mr Watson said.

DHBs spokesperson Jim Green said their financial officers "absolutely" were concerned, though he stressed they had not been able to accurately assess what liabilities they faced.

"It may be that, in fact, actually, there isn't a problem in some DHBs, whereas maybe there is a problem in others. So, that's why I'm saying it's impossible for us to say exactly what the extent of any liability might be."

Mr Green said he did not know what audits of Auckland, Canterbury and Counties Manukau DHBs had discovered.

The Labour Inspectorate said the audit showed all DHBs had compliance problems, some of them major.

Mr Green said the unions had been cooperative and the four main sticking points could be overcome.

"We have done a lot of work in the last few months on this and we think we're much closer now than we have ever been in terms of getting an agreement."

The DHBs meet the unions next again on 29 March.

Payroll systems that could have been looked at in 2016 remained unfixed, Mr Watson said.

"It is unconscionable that a government employer would not be paying these people what they're entitled to."

Mr Watson said DHBs had assured unions over years they were not in breach of the Holidays Act at but that had been disproved.

Dr Powell estimated some of the largest amounts owed would be to specialists and senior medical staff, who often worked irregular shifts and weekend call backs.

Labour Inspectorate general manager George Mason said it was too complex to try to fix the DHB payrolls back in 2016.

"There just doesn't seem to be any easy answer to that," Mr Mason said.

Late last year, he asked the DHBs to use an estimation approach to assess what they owed staff but he did not know if they had done so.

"I don't think setting a hard deadline is going to be most helpful," Mr Mason said.

The minister issued a statement saying negotiations were at delicate stage, so he would not comment except to urge the parties to reach an agreement.

The Wairarapa DHB estimated its liability in 2017 to be just under $1m. Canterbury DHB did not respond to RNZ's requests to clarify how much the contingency it had set aside was.