Speed limits on Horowhenua's rural roads are set to drop after the district council agreed change is needed. 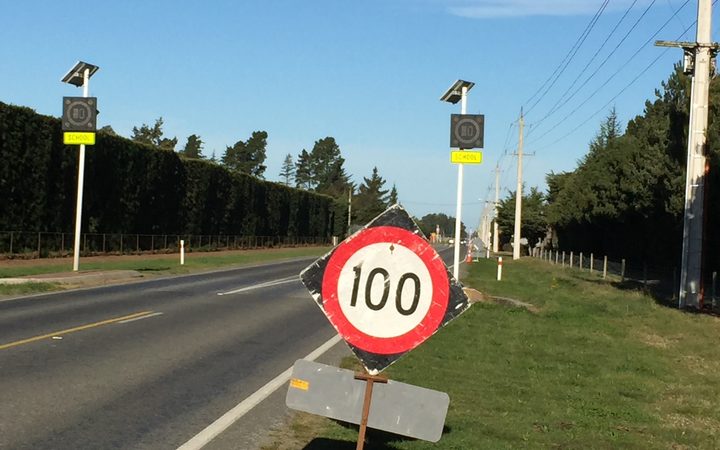 After a review on road safety, the council has voted to reduce speed limits on most of its rural roads.

For rural roads, 100 km/h limits will drop to 80km/h. While rural residential or unsealed roads will drop from their current 100km/h or 80km/h limits to 60km/h.

Last week, the Transport Agency's new risk assessment tool suggested only 5 percent of the country's open roads should have a 100km/h speed limit.

The council's roading service manager, Kevin Peel, said the new speed limits were more appropriate for the types of roads and it was something the public had been asking for.

"However, under the old legislation it was difficult to meet the criteria to lower speeds from the 100km/h default, which has led to occurrences of inconsistent limits or inappropriate speed limits that are no longer suitable for the road environment and conditions."

From an online survey of 740 people and 98 submissions showed the majority had supported lowering the limits, Mr Peel said.

Horowhenua District Mayor Michael Fehen said change had been on the cards for a while.

"Usually on State Highway 1, but also with trucks flipping over on back roads where there shouldn't be those sized trucks travelling."

He said parts of the road were more suited for rally cars rather than for general driving.

"There are parts of these back roads that you look at with 100km/h and you think 'no idiot in the world would drive that fast on that type of road anyway.' So I think we're just getting a bit of a reality check and making the speed suitable for the standard of the road."

He said the roads weren't as rural as they used to be, with motorists taking shortcuts to avoid traffic on the state highway network passing through Levin.

"To me it's just a common sense thing. If a road is better to be at 60km/h, let's make it 60km/h. It can't be that hard to work out for everyone else around New Zealand, let alone NZTA, which are bad points. Fix them.

"It's not trying to make it nanny-ville everywhere but having said that also Levin and Horowhenua has had such a vast demographic change to retirees, so many of them don't like driving around too much."

The council has also agreed to adopt new safe speed zones around schools.

The new speed limits are expected to come into force in August following public notification and formal ratification.