The government's getting a pat on the back for its new road safety initiative, with experts saying it is a simple way to save lives. 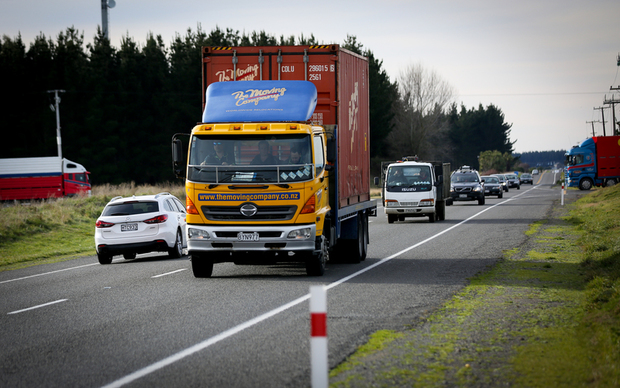 Associate Transport Minister Julie Anne Genter said more than 350 New Zealanders had lost their lives on the roads this year, which was far too many.

The government had identified 30 high risk rural roads and would begin the safety upgrades in February.

"Rumble strips are incredibly effective actually at reducing the risk of driving off-road and hitting something like a tree." They had been shown to reduce crashes by 25 percent and run-off-road fatalities by 42 percent, she said.

"We know that drivers make mistakes and so we need to design the road to be as forgiving as possible."

Dog and Lemon Guide editor and road safety advocate Clive Matthew-Wilson said it was a brilliant move by the new government.

"Every study ever done on rumble strips shows a dramatic improvement in road safety.

"Because you can be a tourist looking out the window, you can be a person falling asleep, you can be an overconfident teenage driver and suddenly there's a brrrpppp through the whole of your vehicle, that the rumble strip does, and it alerts you hopefully in time to avoid an accident.

"Anything that helps improve the safety on our roads, the better for all of our users."

Ms Genter said lowering the speed limit on high-risk rural roads will also be a priority for the new government.

But Mrs Worboys had concerns about the government's priority of lowering the speed limit on high-risk rural roads.

"I'm not necessarily sure that just reducing speed limits is the answer to all of the issues, and there's no one rule fits all."

She said councils around the country were struggling to maintain their rural roads particularly when it came to protecting cyclists.

"Any support we can get on the state highway is fantastic, but support on our rural networks would also be appreciated."

National's transport spokesperson Judith Collins said the quality of the road was key to road safety not the speed limit.

"We also need to be aware that we've got trucks and cars travelling at speed and every time there is a slowdown, it slows everything down - so we just need to be a little bit realistic about it," she said.

"The quality of the road is absolutely crucial and I'd like to see this government actually do something about that."

The government will hold a road safety summit early next year as it looks to address the rising road toll, which is the worst it's been in seven years.