A significant amount of drugs and cash have been recovered by the Otago Lakes Central Police two men have been arrested in Queenstown and Cromwell today. 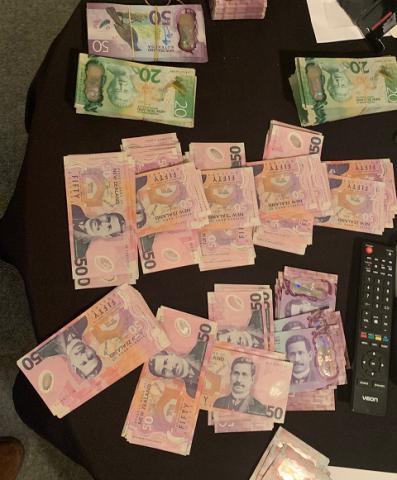 Over $200,000 worth of methamphetamine and more than $30,000 in cash along with other drugs were seized in Queenstown, following which a 36-year-old man was arrested. He is facing charges of possession of methamphetamine for supply.

Detective Senior Sergeant Malcolm Inglis said these warrants followed a recent warrant executed in Alexandra where methamphetamine was located and a person arrested.

"Otago Lakes Central Police will continue to focus on the drug trade in the area, especially anyone dealing methamphetamine as it is well-known the damage it does to communities," he said.

"These warrants are generally related to organised crime and Otago Lakes Police will not let these individuals sell illicit drugs and accumulate wealth at the expense of the vulnerable members of our community.

"It's not only the users that are harmed by the drug but also the wider community and local businesses."

A Corrections detector dog assisted police in their searches.

At another Cromwell address ammunition was found.

"I actively encourage people to contact police to let us know about people involved in the supply of drugs, or accumulating wealth and assets with no apparent legitimate means," Detective Inglis said.

"Police are happy to put people affected by drugs in contact with support agencies," he said.