Gold fever has hit the West Coast after a local man stumbled upon the biggest gold nugget seen by local buyers in up to five decades on Monday. 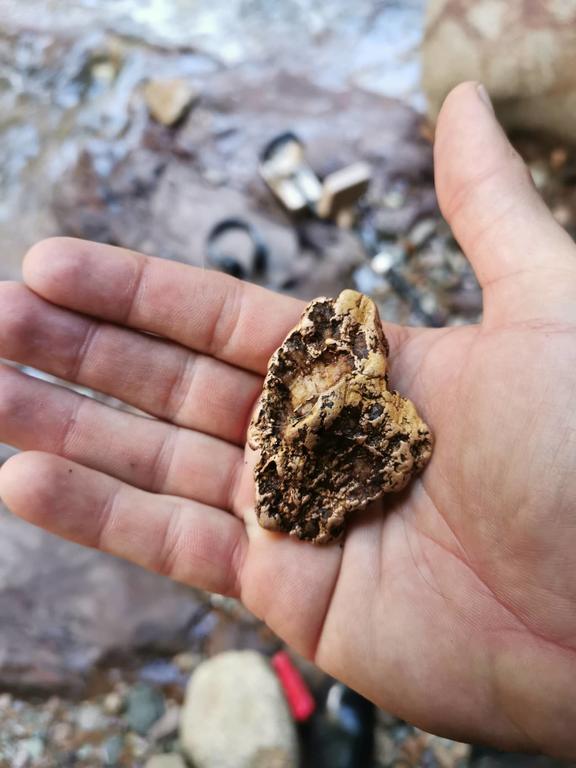 But Craig Douglas said he almost dismissed his metal detector's beeping and could have easily walked right past the $25,000 rock near Hokitika.

The discovery came during one of Mr Douglas's first fresh air walks in weeks after being couch-bound with a broken foot. He grabbed his metal detector and headed out near Hokitika where he said old mining relics could sometimes be found.

"I just thought it was an easy place to go for a walk and get some fresh air basically, and was never in a million years expecting to find anything, let along a golden nugget," he said.

About 50 metres from the path he said his metal detector erupted into beeping noises.

"Normally, with things like coins or anything small, it makes a little noise, but that nearly blew my ears off with the headphones.

"I honestly just thought it was going to be a big hunk of deformed iron or an old pickhead or something like that.

"I thought, 'Nah, I'll just have a look.' So I dug down about five inches onto the hard bottom and it was just sitting there looking at me."

He said it took a while for his brain to catch up with what it was seeing. But once the initial shock had worn off, he found himself dialling his mothers number to share the news with her via "babbled, muddled words." 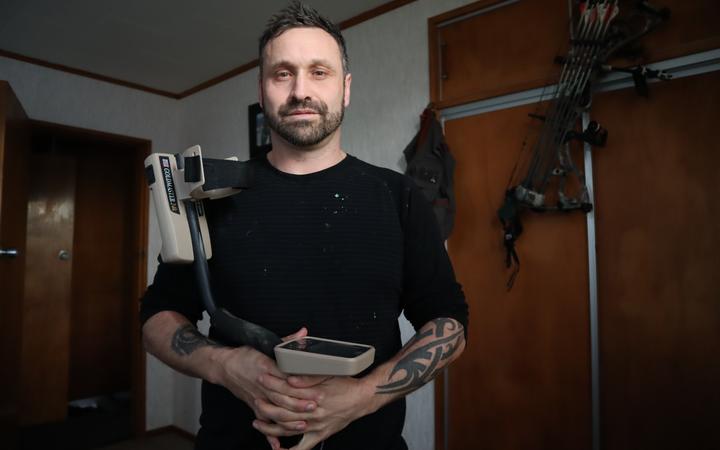 Heading back home he said he did not have anywhere to secure the rock and could only put it in his pocket, feeling paranoid it might be taken.

Mr Douglas has since had the 177 gram nugget valued by local gold buyers, who told him they had "never seen anything like it".

He learnt the nugget was worth about $12,000 in weight, but could fetch $25,000 as a display piece. Four days later, it has already been snapped up by a private collector for potential display in Auckland.

News of Mr Douglas's discovery has also been welcomed by the little metal detector supply company in Canterbury where Mr Douglas is a loyal customer. 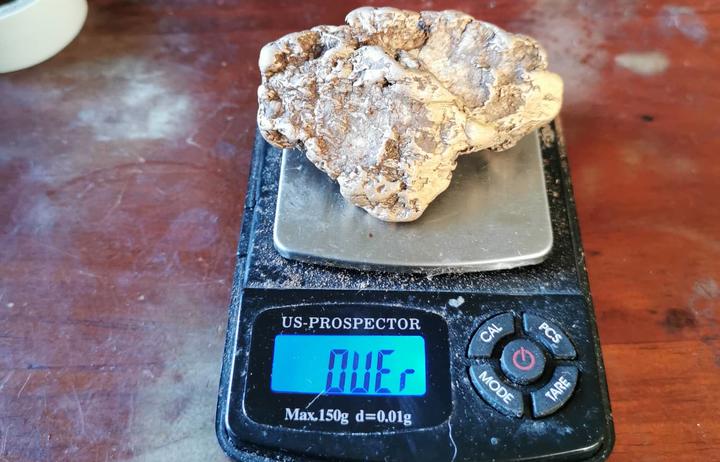 Dredge NZ owner Dan Gerber said Mr Douglas is one of his luckiest customers, and hoped his discovery might inspire a few more people to try their luck at looking for gold.

"It definitely is a once in a lifetime find and congratulations to him. He has got the bragging rights to say he has found one of the biggest pieces of this century."

Craig Douglas said it was difficult to part with his golden nugget, which he was originally thought of keeping, but did not know how to keep completely secure.

"So it was a hard decision to make to sell it and even now I don't know if it was the right thing to do... all I can keep is the photos."

He is hoping to use the money to complete his digger certificates and truck licences to get a job in the commercial mining scene.